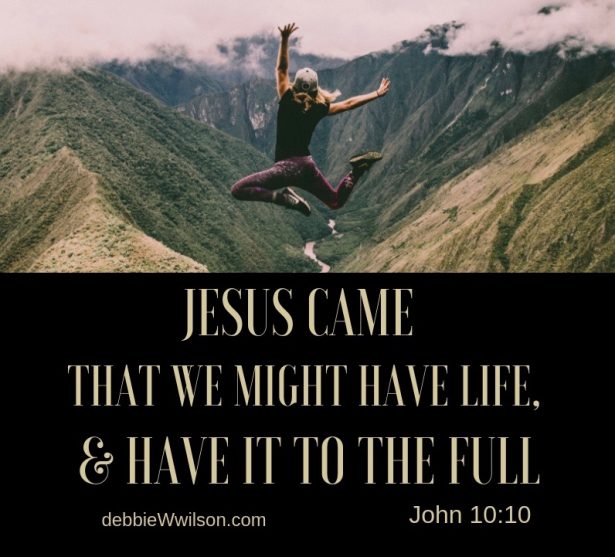 This weekend a friend brought up my health. She asked how Satan might be using my health challenges to stop me from reaching my purpose. Her question caught me by surprise—and turned on a light.

“Oh my,” I gasped. “The book I’ve put on hold is called Little Strength, Big God!”

I chose that title because that theme tied the biblical characters I was studying together. Now, I was the one with little strength.

My friend Linda’s question made me realize I’d taken my health issues as a reason to put the book aside. I believed if this assignment was important to God then He wouldn’t allow me to feel so poorly. Obviously, this book must not matter to Him.

I’d allowed these thoughts to steal my motivation to finish.

The dictionary shows an important distinction between a robber and a thief. I’ve underlined a key difference.

The thief comes only to steal and kill and destroy” (NIV).

If someone stuck a gun in your back and asked for your wallet, you’d know you were being robbed. But a thief may con you into believing surrendering the same cash is noble—even God’s will.

My friend’s question pulled back the curtain and exposed the thief behind the lies trying to steal my purpose. I realized God wasn’t stopping my project. He was empowering me to write from experience.

A Thief Among Us

John 12 tells the story of Mary anointing Jesus with an expensive perfume and Judas openly criticizing her. He basically called her action a waste and said the ointment, worth a year’s wages, could have been sold and the money given to the poor.

Can you imagine how those harsh words, spoken in front of a house full of people, could have wounded Mary? If she’d believed Judas (who was one of Jesus’ 12 disciples) she could have felt ashamed that she hadn’t been “wiser” in how she showed her love for Jesus. She could have believed she’d disappointed God.

But the Bible says,

Jesus allowed Judas’s poisonous words to prick the ears of everyone in the room before stepping in to set the record straight. How many were agreeing with Judas?

If you’ve ever been assailed by accusations when you’ve tried to serve Jesus, listen to His words.

‘Leave her alone,’ said Jesus. ‘Why are you bothering her? She has done a beautiful thing to me. …She did what she could. She poured perfume on my body beforehand to prepare for my burial. Truly I tell you, wherever the gospel is preached throughout the world, what she has done will also be told, in memory of her’” (Mark 14:6-9 NIV). (The Ryrie Study Bible says Mark is describing the same scene as in John.)

The thief called Mary’s actions a waste. Jesus called her actions beautiful. Do you know your Shepherd's voice? #wisdom, #discernment Click To Tweet

Mary had done “what she could.” She couldn’t stop poverty. She couldn’t protect Jesus from the cruelty He’d suffer on His way to the cross that very week. But she could anoint Him with her love. And Jesus called it beautiful!

Do you recognize the voice that plays in your mind? Jesus’ words infuse joy, life, love, and hope. But Satan’s steal and destroy. Which message do you believe?

What words, spoken either in your mind or by someone, have taunted or paralyzed you? Don’t let the thief steal the good you can offer Jesus.

Comment: What helps you recognize and overcome self-defeating thoughts?

How to Win at Spiritual Warfare

Are You a Victim of the Enemy’s Deception?

Photo by Peter Conlan on Unsplash