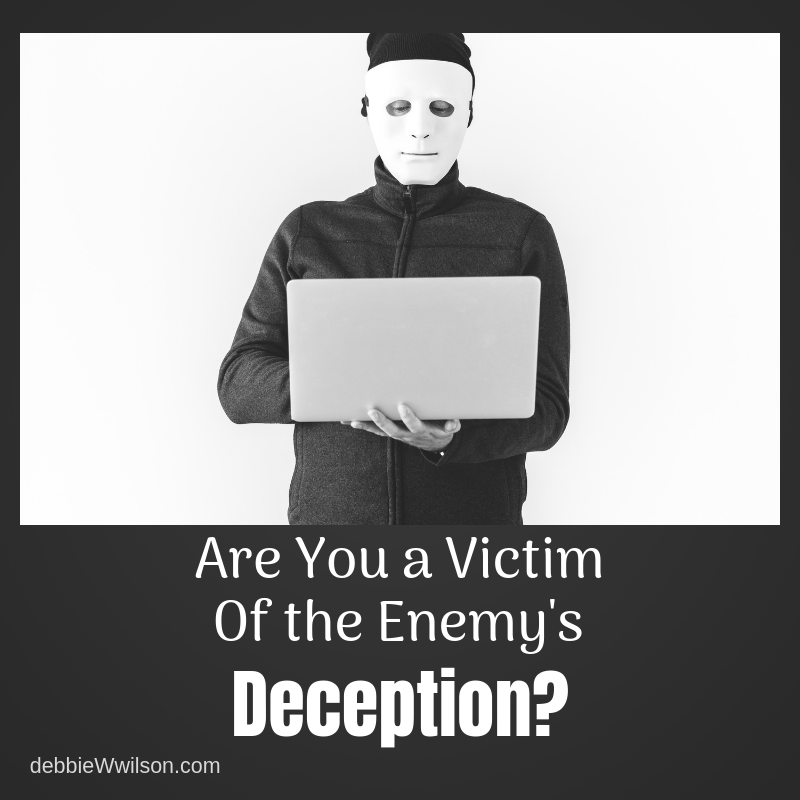 An email from the address of a friend said she was stranded overseas. Someone had stolen her passport and wallet. She urgently needed to borrow some money. However, the tone of the email didn’t sound like my friend. Suspecting deception, I didn’t send money.

A week later, my friend emailed to say her account had been hacked. “Don’t send money. I’m not overseas,” she said.

The source of a message affects its interpretation. Knowing its validity determines our response and whether or not we become victims.

Fraud is a bigger issue than having our money scammed. People’s souls and quality of life are at stake. Below are some considerations to protect you from being duped.

Satan Has One Aim

Jesus said, “The thief comes only to steal and kill and destroy; I came that they may have life, and have it abundantly” (John 10:10 NASB). Could there be any greater difference in intent than between Jesus and Satan?

Do you know the difference between your Shepherd’s voice and your enemy’s? It may be trickier than you think, for the Scriptures say, “Satan disguises himself as an angel of light” (2 Cor. 11:14 NASB).

When you wonder if it’s okay to take the enemy’s bait, remember his agenda. When you consider ignoring God’s revealed will, remember His good purpose.

Satan Uses Scripture Against Us

I’ve counseled women who were beaten down by someone wielding Scriptures out of context. One woman described how her alcoholic, unbelieving husband used “Wives submit to your husbands” to manipulate her. He didn’t contribute to the household financially or in any other productive way but demanded her obedience. I looked her in the eyes and asked why she let an unbeliever interpret God’s Word for her.

My question stunned her. The truth broke the spell he had over her.

Attaching a verse to his domination didn’t make this husband’s requests godly.

We must not forget that Satan used Scripture when he tempted Jesus in the wilderness. (See Matthew 4:6.) Cults manipulate their followers with rules that include biblical texts.

The Bible says, “The sum of Your word is truth” (Ps. 119:160 NASB). Any verse can be spun by the enemy and used against us if we aren’t discerning.

This principle was brought home to me when a family member and I disagreed on the next step to take in handling a sticky situation. His idea held the hope of a big reward but also carried great risk. I didn’t believe the situation warranted the gamble. And it was my call. My “no” brought argument not only from him but also in my mind.

Joshua 1:9 hammered in my head. “Have I not commanded you? Be strong and courageous! Do not tremble or be dismayed, for the Lord your God is with you wherever you go” (NASB).

This Scripture had encouraged me in the past. But this time it taunted me: “If you were strong and courageous you would go for it and take the risk.”

God’s word corrects but never condemns His children (Rom. 8:1; 2 Tim. 3:16). Satan, not Jesus, is the accuser. As soon as I recognized the accusing tone of these thoughts I was able to let them go. Peace filled me as I stood on my original “no.”

What tone of voice do you hear when you read the Scriptures? Does it sound harsh and condemning? That is not how Jesus addresses His flock. He describes Himself as “gentle and humble in heart” (Matt. 11:28-30).

Satan even uses well-meaning people—people we love—to deliver his darts. A conversation between Jesus and Peter demonstrates this. At one moment Peter spoke words inspired by God. The next, he delivered Satan’s temptation to stop Jesus from fulfilling His calling.

Here’s the account of when Jesus asked His disciples who they said He was.

Simon Peter answered, ‘You are the Messiah, the Son of the living God!’

Just a few verses later the same Peter tried to stop Jesus from heading to the cross. Jesus recognized the source of Peter’s words and rebuked him.

But Jesus turned and said to Peter, ‘Get out of my way, Satan! You are tempting me to sin. You aren’t thinking the way God thinks but the way humans think’” (Matt. 16:23 GW).

Did Peter realize he was tempting Jesus to sin? I think Peter believed love motivated his attempt to stop Jesus from suffering on the cross. But Jesus knew it came from Satan.

When Christ is not at the center of our thoughts, we can’t trust them. The enemy (via the world, flesh, and demonic world) uses our thoughts to manipulate and control us.

If Peter could express God-inspired thoughts one moment and satanic thoughts the next, then we too must beware. We also are vulnerable. We must learn to recognize the source of the messages we give and receive. We need to think the way God thinks.

You Can Thwart Satan’s Schemes

Airports beef up security after a terrorist threat or attack. The security check was so meticulous when we had a connecting flight through London Heathrow’s airport in May of 2017 (after the Manchester bombing) I feared we’d miss our connecting flight.

While checking the objects brought onto a plane slows down travelers, it also protects them. It’s better to lose some time than to lose many lives. No one wants another tragedy like the one we experienced September 11, 2001.

Our eternal souls warrant the same protection. Paul said, “to take captive every thought to make it obedient to Christ” (2 Cor. 10:5 NIV). When a thought or Scripture causes fear or fretting, we must look at the greater context. As we remember God’s character and ask Him to reveal the truth and expose any lie that has slipped in, we will escape our enemy.

To think like God thinks takes practice. We must vigilantly check every thought and capture the ones that argue against His character. By doing this we’ll come to know His voice so well that we’ll recognize and dismiss every false thought, even those that come with a biblical address, just like we discern a scam attached to a friend’s email.

Question: Which of the above considerations resonated with you? What would you add?

Do you know the difference between your Shepherd’s voice and your enemy’s? It may be trickier than you think. Scripture says, “Satan disguises himself as an angel of light” (2 Cor. 11:14 NASB). Click To Tweet 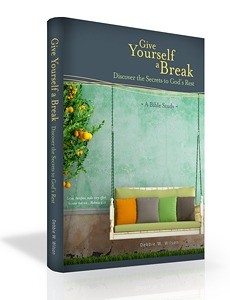 Click here to get a free resource on how to identify and defuse the enemy’s DARTS.

Give Yourself a Break offers many insights for guarding your mind.

You may enjoy the following posts too.

How to Win at Spiritual Warfare

How to Stop Negative Self-Talk

Win the Battle in Your Mind

Photo by rawpixel on Unsplash