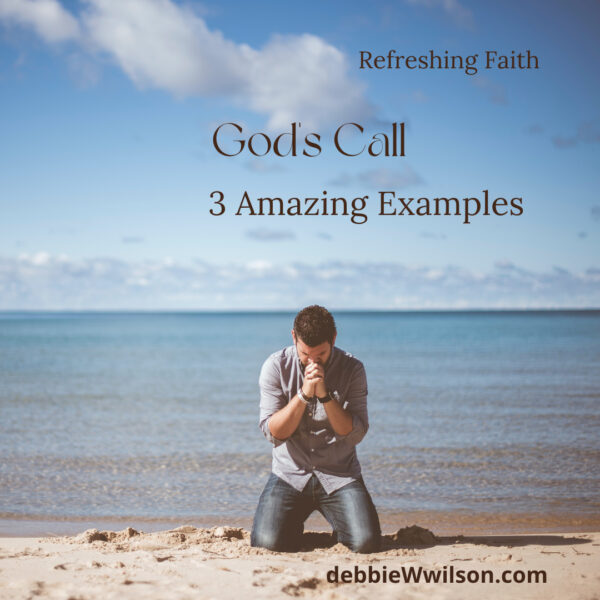 Is there anything more amazing than receiving God’s call to partner with Him in His work? One Sunday, many years ago, the Lord laid someone I’d never met on my heart. Her parents had asked me to pray for her more than a year earlier. I couldn’t understand or escape the sudden burden pressing on me. I could think of nothing else.

“Pray. There’s nothing else you can do,” he said.

Monday morning, Larry called after retrieving the weekend calls from our counseling office. “Guess who called Sunday and wants an appointment with you?”

I recall at least five other occasions when the Lord unexpectedly dropped a specific person on my heart and soon afterward brought that person to my door or had them call or mention their interest in God. In every case the Lord was working in that person’s life. My burden to pray was my invitation to join Him.

When we worked with high school students in Southern California, I witnessed a spectacular example of God burdening one heart to move another. God prompted a teen in my Bible study, I’ll call Terri, to fast and pray for a jock at her school. Mac (not his real name) mocked her faith.

When we worked with high school students in Southern California, I witnessed a spectacular example of God burdening one heart to move another. #Prayer #BigGod Click To Tweet

“You’re in bondage. You can’t give up alcohol for even one week,” she said.

That week God prompted Terri to pray and fast for Mac. At three fifteen Saturday afternoon the desire to fast left her.

“How did you know?” Mac stammered.

“I’ve been praying and fasting for you all week, and the urge left at 3:15 today. Tell me what happened.”

Mac told Terri she’d been right. He’d been unable to go a week without alcohol. During that week his dog leaped out in front of a passing car and was killed before his eyes.

Saturday, he wiped his nose while surfing and saw blood. The bleeding wouldn’t stop. He paddled to shore and sat on the beach thinking about his dog’s sudden ending and his inability to stop drinking or stop his nose bleed. Terri had told him he needed a Savior. He bowed his head and invited Jesus into his heart. His watch read 3:15.

Terri and her unlikely convert, Mac, became leaders in our youth ministry and in their school.

“Now there was a disciple at Damascus named Ananias; and the Lord said to him in a vision, ‘Ananias.’

And the Lord said to him, ‘Get up and go to the street called Straight, and inquire at the house of Judas for a man from Tarsus named Saul, for he is praying, and he has seen in a vision a man named Ananias come in and lay his hands on him, so that he might regain his sight.’

But Ananias answered, ‘Lord, I have heard from many about this man, how much harm he did to Your saints at Jerusalem; and here he has authority from the chief priests to bind all who call on Your name.’

Did you notice how God initiated each of these assignments? God sees into the desperate hearts around us and at the right time grabs their attention. Our role is to be available.

God sees into the desperate hearts around us and at the right time grabs their attention. Our role is to be available. #BigGod #Trust Click To Tweet

I’ve lost touch with some of those God brought into my life. I know one gave her life to Christ and serves in full-time Christian work. Another turned to God for a short while and returned to sinful patterns. We may never see the reason for or long-term result of His prompting in this life, but we can trust His leading.

Photo by Ben White on Unsplash