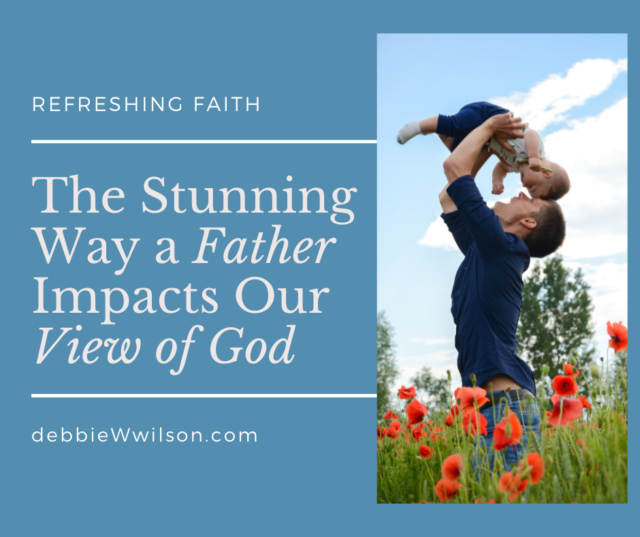 Father’s Day, like many holidays, taps a variety of emotions. Gratitude for the faithful fathers in our midst, longing for the ones who are gone, and confusion over the ones who abandoned their roles. Let’s look at the impact human fathers have on our view of our heavenly Father and God’s provision for healing the wounds broken fathers leave behind.

During the course, each of us took an inventory on how we viewed our heavenly Father in a variety of issues. I zipped through the list checking the appropriate columns.

Later, we filled out the same inventory, this time as it related to our earthly fathers. I whizzed down the columns until my pattern arrested me. I flipped back in my workbook to the first inventory. The pattern of my answers was identical. Unknowingly, I’d projected my image of my earthly dad onto my heavenly Father.

I pictured God chuckling over situations I knew Daddy would find funny. Where Daddy was strict, I saw my heavenly Father frown. The survey stunned me. I unconsciously expected God to respond to me in the same way my earthly father had.

A friend took a seminary class that showed similar results from a survey taken by self-proclaimed atheists. Each of the atheists’ fathers had either been absent, abusive, or emotionally distant.

Josh McDowell, Christian author and speaker, is a modern-day example of this. Josh grew up in a dysfunctional family with an alcoholic father. He entered college a cynical agnostic. But in his attempt to disprove the resurrection he discovered Christ and a heavenly Father. His heavenly Father healed his past wounds and transformed his life. Read his bio here. Josh McDowell has impacted millions of lives for Christ through his speaking and writing.

C. S. Lewis’s mother died when he was ten. Lewis was shipped off to school. The physically and emotionally distant relationship he had with his father no doubt played a role in his becoming an atheist. But the story doesn’t end there. Christ pursued Lewis. Experiencing the love of his heavenly Father transformed Lewis into the great Christian author and influencer we deeply love. His great lion Aslan, in The Chronicles of Narnia, has helped me and countless others fall deeper in love with Jesus.

If you struggle with trusting God, feeling close to Him, or believing He loves you, look at the relationship you had with your father. Perhaps there is a good reason for your feelings. But those feelings don’t reflect the truth about God or about who you are to Him.

Jesus came to show us the Father. We transform our experience with the Father by getting to know Jesus better. Look what it did for Josh McDowell and C. S. Lewis.

Jesus came to show us the Father. We transform our experience with the #Father by getting to know Jesus better. #RefreshingFaith Click To Tweet

If you are a father, your engagement with your child matters more than you can imagine. I’ve included two songs I hope you’ll enjoy that show the impact of a dad and/or a stepdad: Rodney Atkins’ “Watching You” and Brad Paisley’s “He Didn’t Have to Be.”

Jesus answered: ‘Don’t you know me, Philip, even after I have been among you such a long time? Anyone who has seen me has seen the Father’” (Jn. 14:9 NIV).

You can listen to the recording of Larry’s talk on How to Help Your Prodigal here. 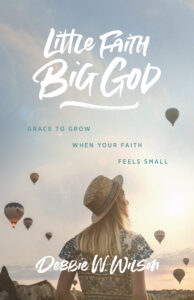 Let the ordinary people from Hebrews 11 show you how to live strong and finish well.

Photo by Natasha Ivanchikhina on Unsplash