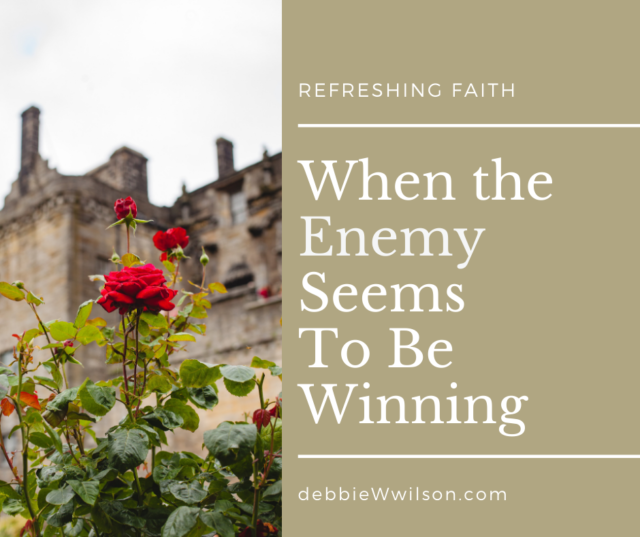 Righteous indignation rose in young David when he heard Goliath’s rant. “Who is this uncircumcised Philistine that he should defy the armies of the living God?” (1 Sam. 17:26 NIV). To deride God’s people was to mock God. The taunts that moved David to fight caused the rest of Israel’s army to cower in fear.

Every day reports of injustice surface. Whether its conglomerates canceling products because they don’t like the founder’s political views, teachers abusing their influence to manipulate students’ thinking, meetings asking professionals to identify their personal pronouns (aka gender of the day), or new laws channeling millions of American tax dollars to fund abortion, Goliath is shaking his fist at God.

How do we respond? Do we, like Israel’s army, hide in fear? Or do we share David’s stance and face the enemy head on? If the latter, how do we protect ourselves from an unrighteous expression of righteous indignation?

Righteous indignation rose in young David when he heard Goliath’s rant. “Who is this uncircumcised Philistine that he should defy the armies of the living God?” (1 Sam. 17:26 NIV). #BigGod Click To Tweet

Armor Up and Pray

When Habakkuk struggled with the injustices he saw, the Lord assured the prophet He would punish those wrongs. The wicked may build their cities with injustices, but those very accomplishments would witness against them in the high court of heaven.

Woe to him who builds his house by unjust gain, setting his nest on high to escape the clutches of ruin! You have plotted the ruin of many peoples, shaming your own house and forfeiting your life. The stones of the wall will cry out, and the beams of the woodwork will echo it.

Woe to him who builds a city with bloodshed and establishes a town by injustice! Has not the Lord Almighty determined that the people’s labor is only fuel for the fire, that the nations exhaust themselves for nothing?” (Habakkuk 2:9-13 NIV).

What the Enemy Intends for Evil…

Throughout the scriptures God turned the enemy’s own weapons against them. Note the following examples.

The three companies blew the trumpets and smashed the jars. Grasping the torches in their left hands and holding in their right hands the trumpets they were to blow, they shouted, ‘A sword for the Lord and for Gideon!’ While each man held his position around the camp, all the Midianites ran, crying out as they fled. When the three hundred trumpets sounded, the Lord caused the men throughout the camp to turn on each other with their swords” (Judg. 7:20-22 NIV, emphasis added).

Balak said to Balaam, ‘What have you done to me? I brought you to curse my enemies, but you have done nothing but bless them!’” (Num. 23:11 NIV).

We could name many more. These accounts show that what the enemy intends for evil God will use to accomplish His good purposes (Gen. 50:20). Today, we put on our armor, stand firm, and pray! God is still on the throne.

See, the enemy is puffed up; his desires are not upright—but the righteous person will live by his faithfulness” (Habakkuk 2: 4 NIV).

When the Enemy Seems to Be Winning—hold on. God is still on the throne. #RefreshingFaith #Devotional Click To Tweet

Give Yourself a Break: From Unrealistic Expectations and Difficult People

Photo by Franzwa Roux on Unsplash