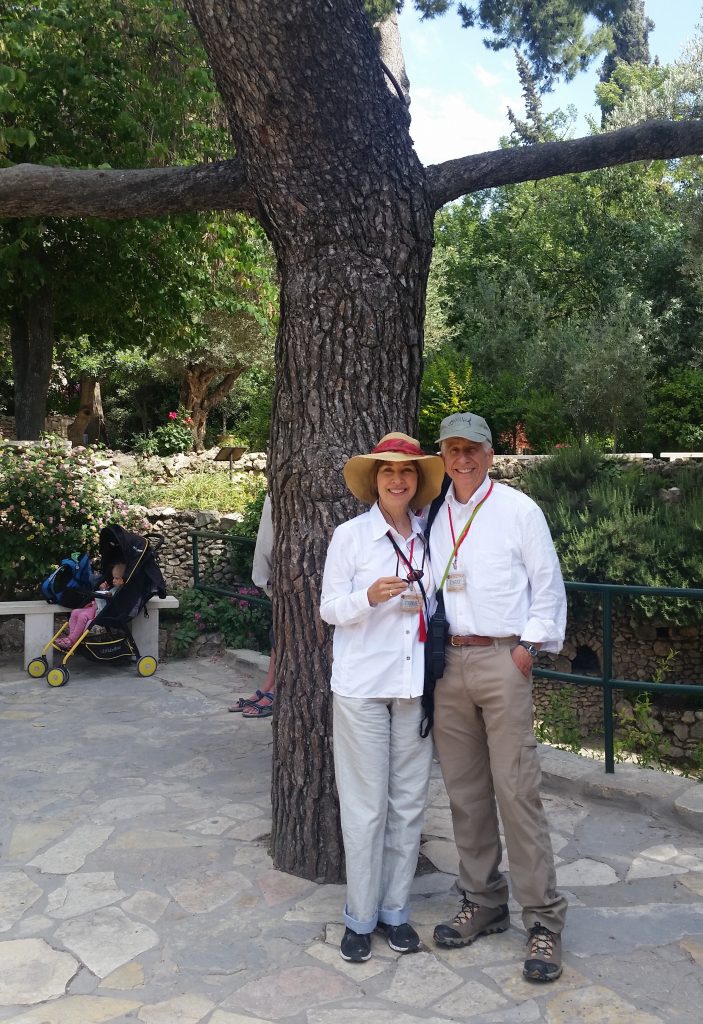 Larry and I recently returned from a 10-day tour of Israel with one of our favorite Bible teachers Ken Boa. Larry described our first trip to Israel as drinking out of a fire hydrant. In other words, we sped through the paths Jesus strolled! 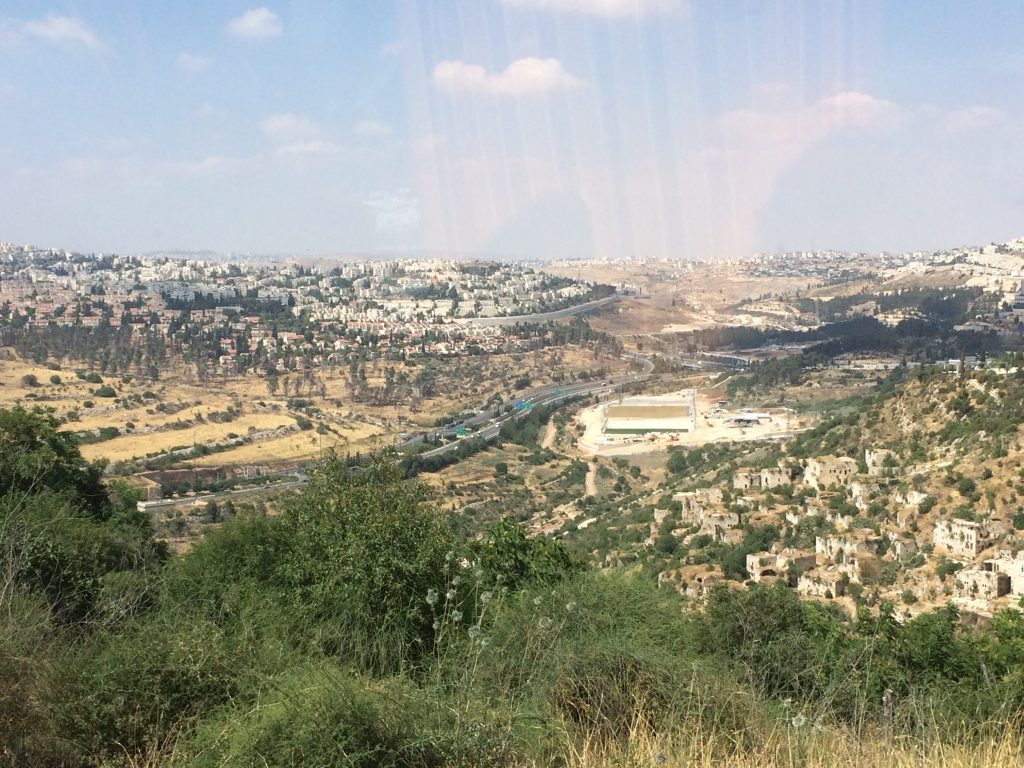 The day we walked the Via Dolorosa (“Way of Grief” in Latin) an unexpected sorrow touched me not directly related to this being the path our Lord walked carrying His cross. 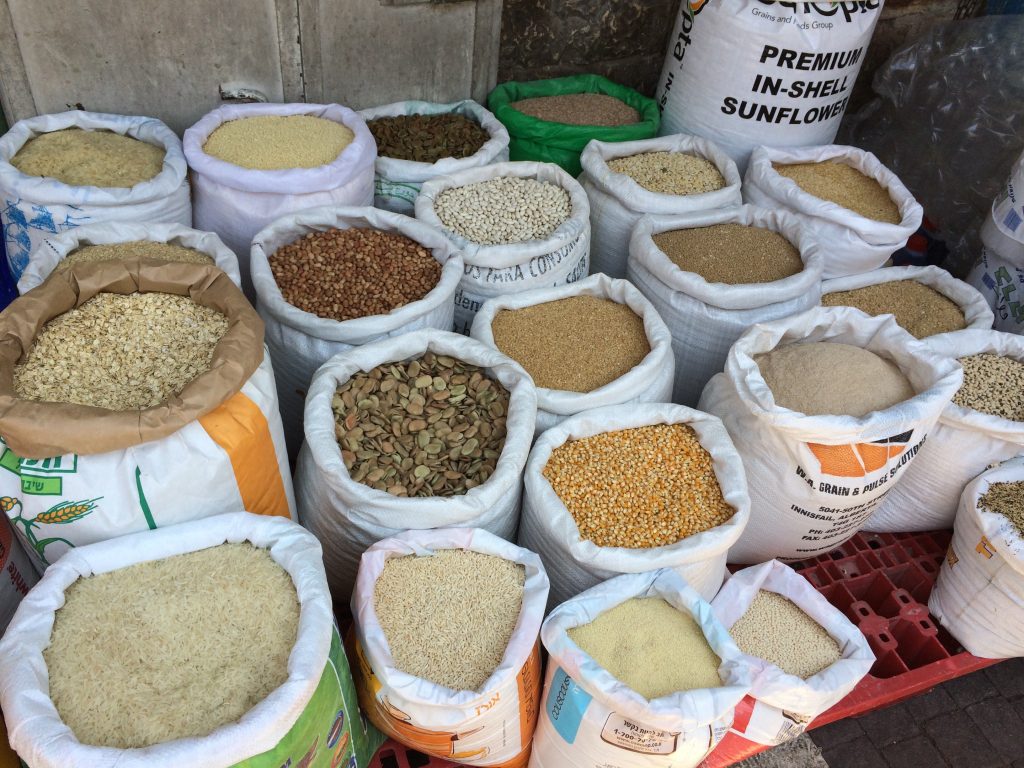 We started in the Muslim quarter. Muslim women returning from prayer crowded the narrow paths. I saw plenty of wary, dark eyes but no smiles. Their long, heavy garments looked uncomfortable and confining under the intense Mediterranean sun and symbolic of their religion. 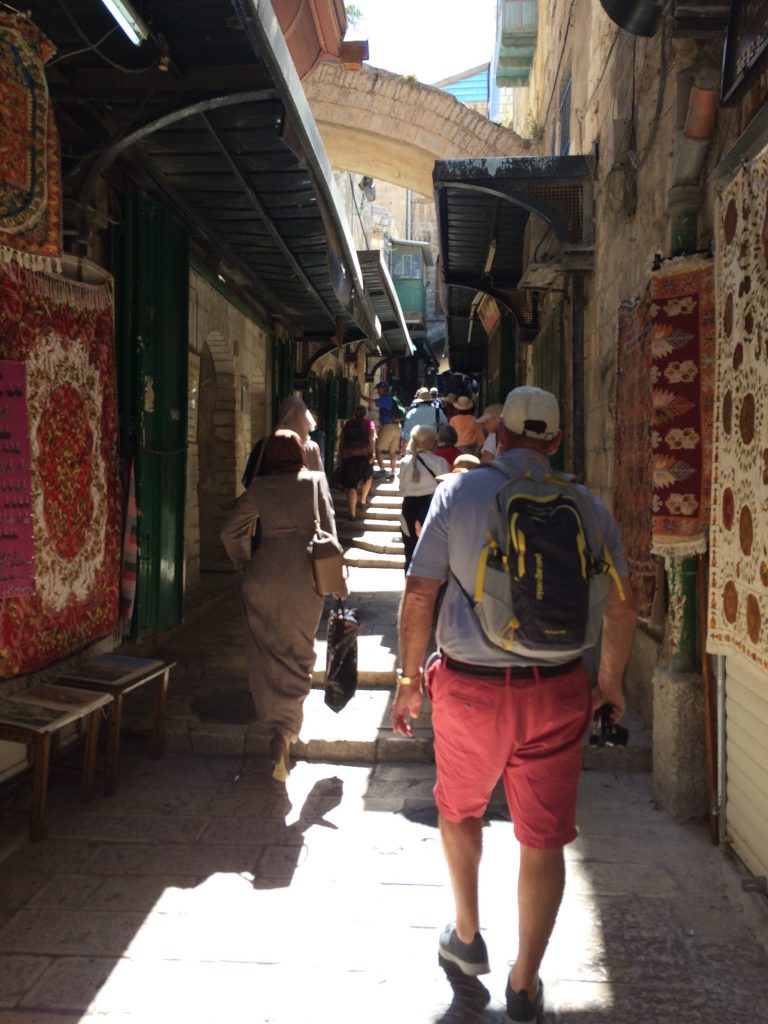 The Via Dolorosa leads through various stations marking significant occurrences on Jesus’ walk to Calvary. It ends at the Church of the Holy Sepulcher where many historians believe Jesus was crucified and buried. 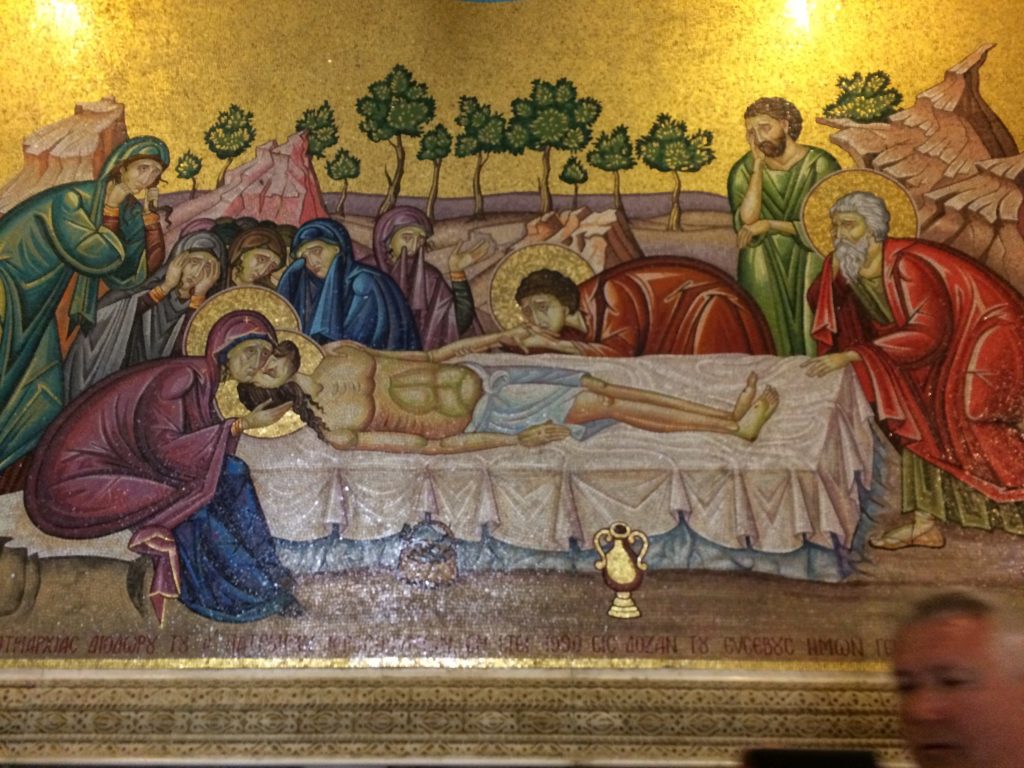 Excessively ornate, crowded, and dark—I found the place more suffocating than inspiring. Pilgrims kissed the stone on the floor where Jesus’ body had supposedly lain after being taken down from the cross. As we stepped out of the church the eerie Muslim call to prayer began. 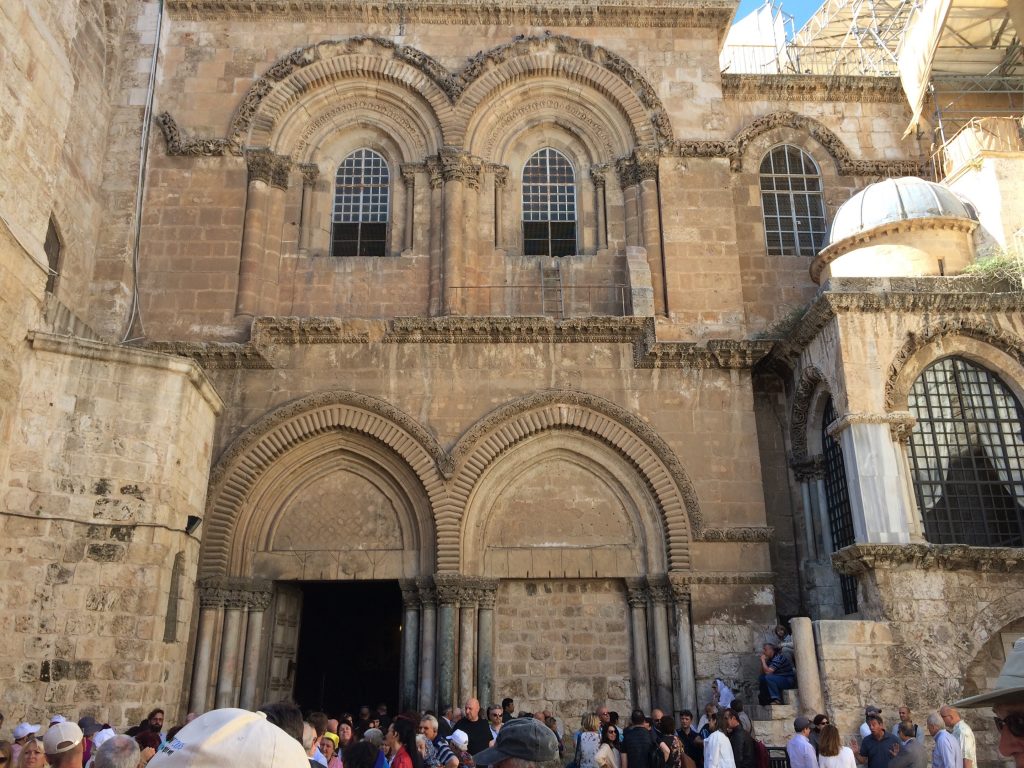 The Muslims pray five times a day. Some don’t even understand the language in which they pray. The basic principle of Islam is absolute submission to Allah. The only assurance they have of reaching heaven is to die in Jihad. The media calls those who practice Jihad radical extremist, but Ken Boa pointed out that those who practice Jihad are actually consistent with the teachings of the Quran. Mohammad became a warlord in his later years. Those writings trump his earlier peaceful thoughts.

Our visit to the Western Wall reinforced the difference Christ makes. The Dome of the Rock, an Islamic shrine on the other side of the wall, now covers the place where Solomon’s Temple once stood. The Jews pray at the Western Wall because it is the closest place they can get to where the holy of holies once rested inside the ark of the covenant. 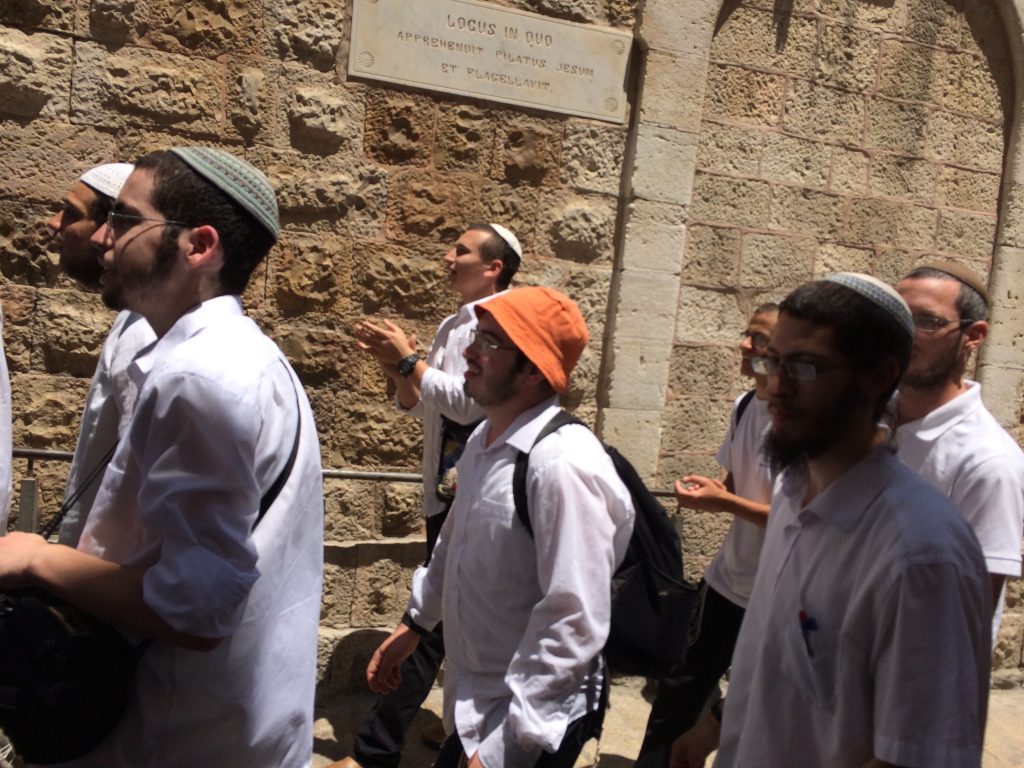 Young men gathered in a large circle to sing and dance before the Western Wall on Jubilee Day, which marked the 50th anniversary of the Jews regaining their holy city Jerusalem. It was the only day I saw men from the strict Hasidic Jewish sect smile. 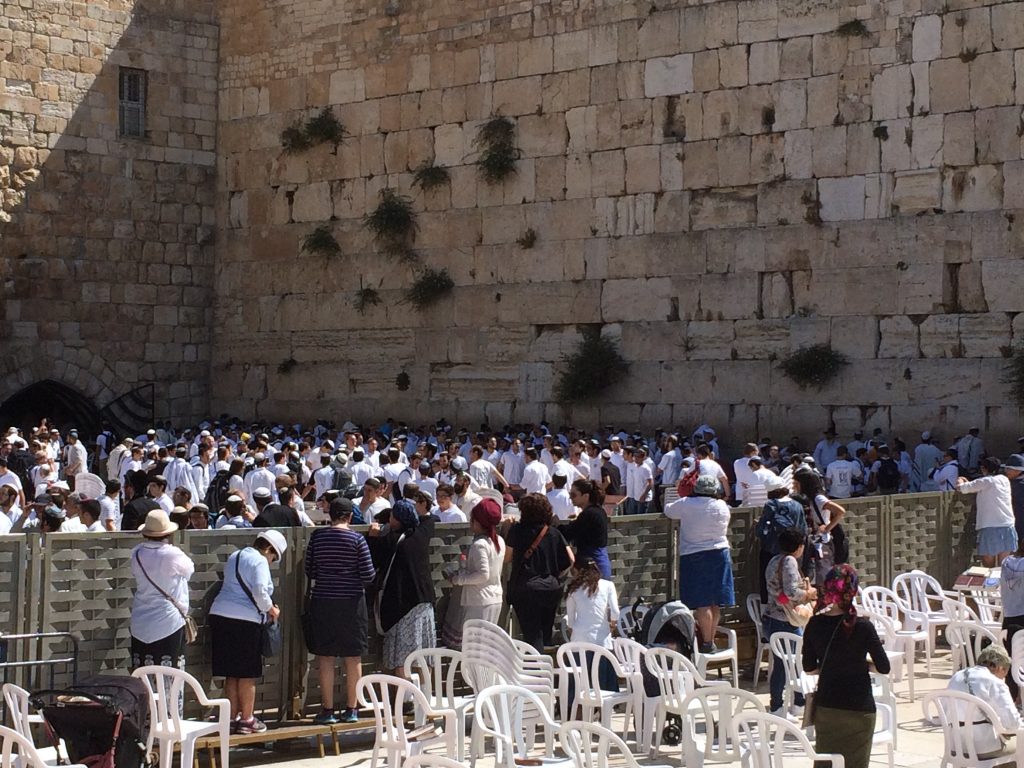 A fence separates the men and women who come to pray. Many insert their prayers rolled up into tiny scrolls into the Western Wall believing this is the closest they can come to God. 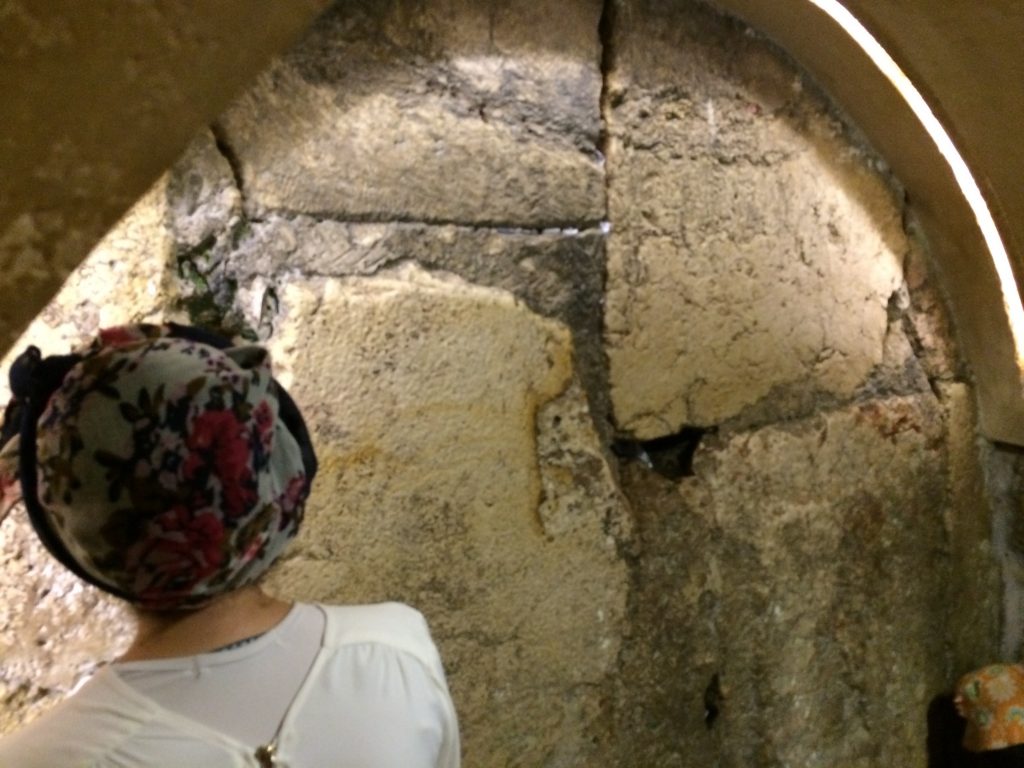 This is the secret: Christ lives in you. This gives you assurance of sharing his glory. Col. 1:27 Click To Tweet 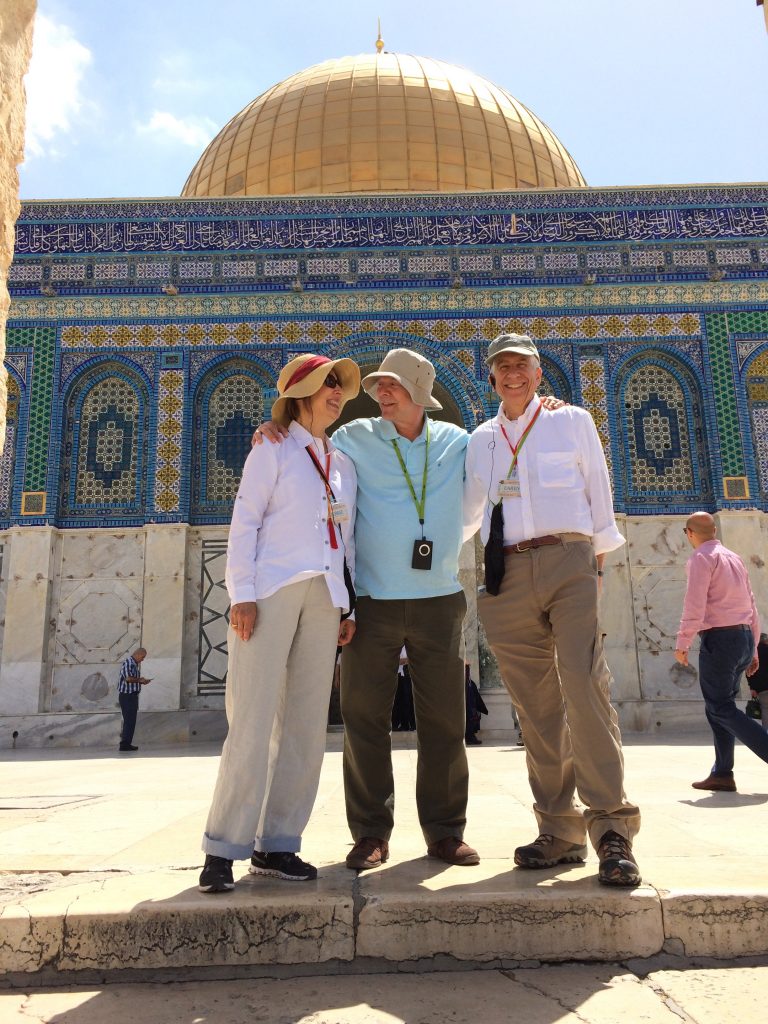 As we walked the tunnel under the plaza where thousands of worshippers stood, I laid my hand on the Western Wall. No sensation zipped through me. God is not buried under an Islamic shrine. Today He lives in the heart of every believer.

While our Jewish guide arose at 5 a.m. to dip in the Mediterranean Sea to purify himself the day we visited the Temple Mount, we have been purified by the blood of Jesus. “Therefore, brethren, since we have confidence to enter the holy place by the blood of Jesus” (Heb. 10:19 NASB).

Our Jewish guide wore sandals to show respect. Religious Jews don’t wear leather to this holy place. Even with all of this they don’t ascend the Temple Mount. 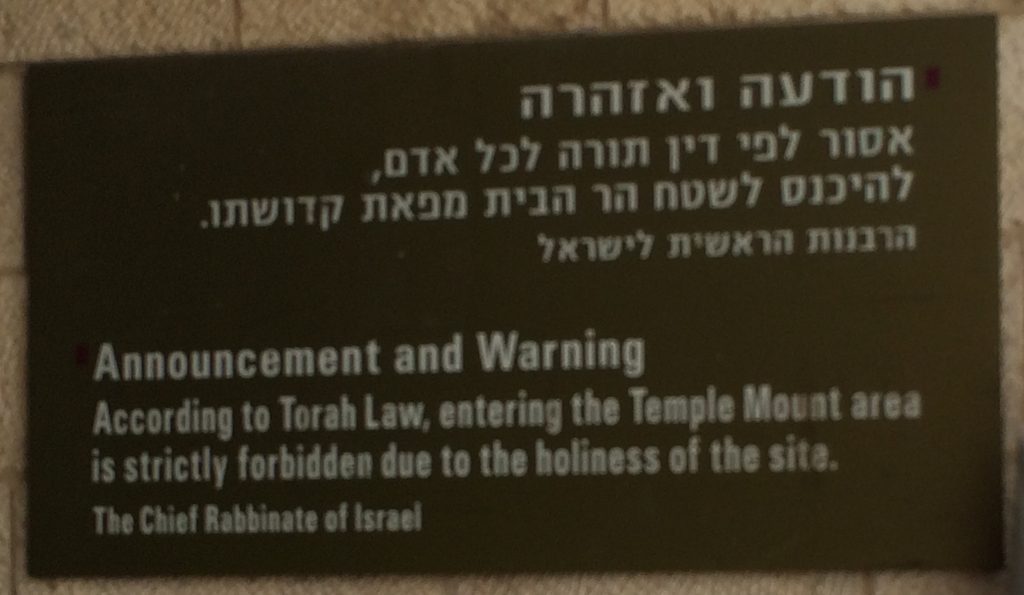 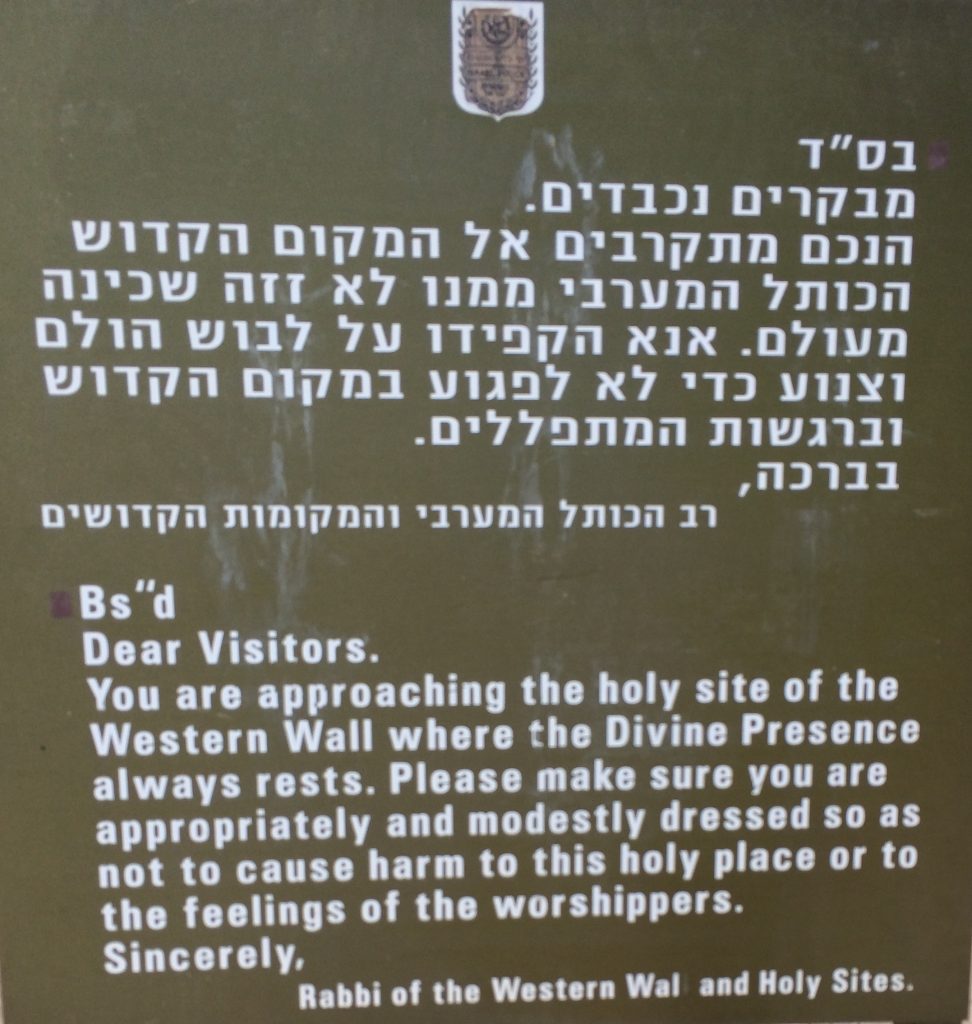 I returned burdened for those who worship places and miss the person of Christ, for those who work for favor they know they may never secure. The image of Jesus weeping over Jerusalem weighed on me. 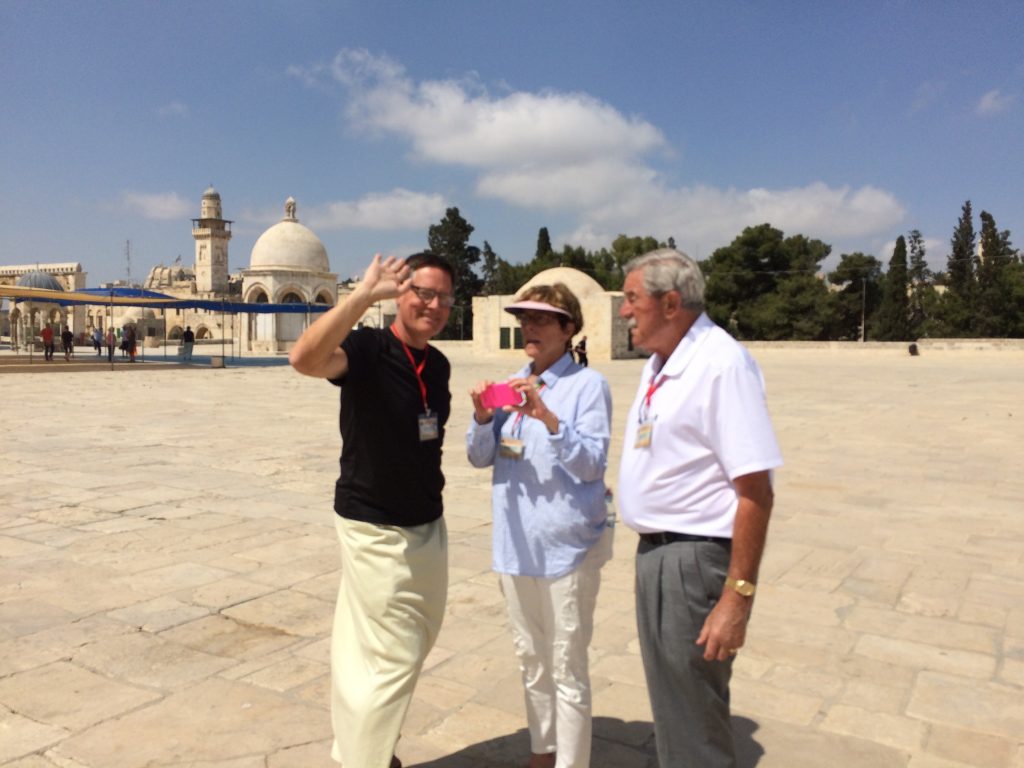 On the temple mount even the men had to cover their knees—nice skirt.

Yet, I marveled anew that Christ lives in me. My body is the temple of the Holy Spirit. “Emmanuel” means “God with us.” What a wonder to realize we walk and live with the Holy One! No rituals. No covered knees and shoulders. When Jesus comes to live in us He clothes us in His robe of righteousness. What a Savior! 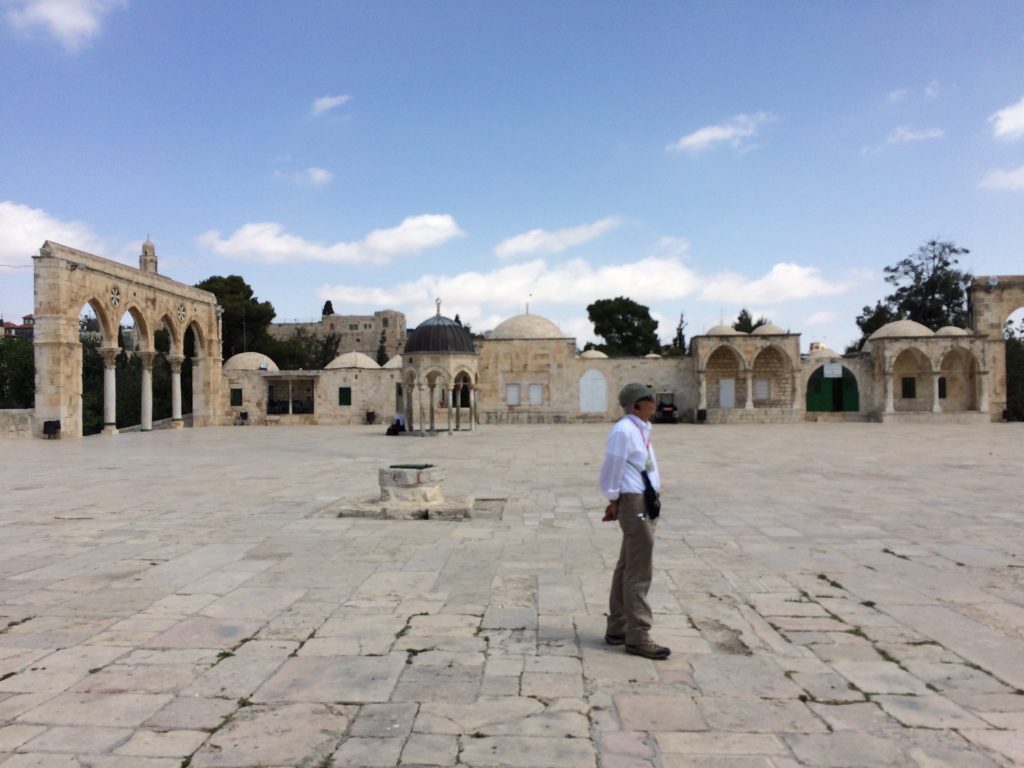 Larry contemplating the Temple Mount being split in two by an earthquake at Christ’s return (Zechariah 14:4).