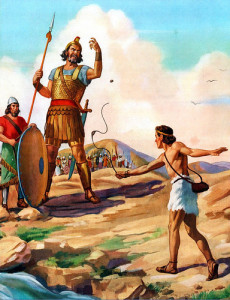 What does faith look like? I think of David facing the great giant Goliath, Daniel in the lion’s den, and Deborah galloping beside Barak into battle. I think daring and exciting.

God told Isaac He’d be with him and bless him. But Isaac forgot and lied to protect himself. After receiving God’s patience, Isaac learned to show patience.

Water was a precious commodity. Isaac dug a well; this caused a quarrel and a move. This was repeated again and again. How much of your life is spent fighting the same battles, or dealing with uncooperative people?

At 11:59 one night, a family member pulled out pots to cook, “Please, don’t leave food out to attract ants,” I said and headed to bed.

The next morning the major stuff had been cleaned up. But…two glasses, one with traces of almond milk, the other with sweet tea residue, a spoon with salsa, the spoon from the sweet tea, a sieve, measuring cup, and corn chip crumbs cluttered the counter—so did ants.

Was Isaac aggravated when other people’s actions repeatedly affected him?

My friend knows patience. Her broken foot has shackled her to a wheelchair, but not relieved her of her duties to her granddaughters, chronically ill son, and husband. Basic survival has eaten up the time and energy she wanted to devote to her career project.

When God recorded Isaac’s tedious drama, He showed us setbacks and inconveniences aren’t a waste of time. They showcase faith. Patience is a feat worth recording in Scripture. Sometimes faith shines through daring exploits. Other times it quietly glows in patience.

On a one to ten patience scale, with ten representing the patience of Job, and one the patience of a tired two-year-old wanting a toy, I’m a three and a half. For me, patience really is an exploit of faith.

God is still recording stories of faith. He captures them through the eyes and in the hearts of your children, grandchildren, and coworkers. Like Isaac, your patience shows them what faith looks like.

Question: Do you think patience demonstrates faith? Why or why not?