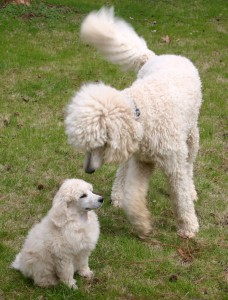 Today we look at the O in FREEDOM: Over and Over.

Forgiveness is like cleaning a wound, the deeper the injury the more often you have to clean it, and the longer it takes to heal. Sometimes we have to forgive Over and over again. That’s why platitudes that heap guilt on someone struggling to forgive bother me.

Years ago an article in a well-respected Christian periodical said you could tell if you have truly forgiven by whether or not you still hurt. At the time I had tried to forgive someone who caused continual pain to my family. This article discouraged me. I could choose to forgive, not retaliate, and turn the person over to God, but I couldn’t stop the pain.

Now I know the author was wrong. Forgiving a wrong cleanses the wound so we will heal without infection. But forgiving doesn’t automatically erase the pain.

A paper-cut may be annoying but requires little attention. But a deep wound has to be cleaned and dressed with a fresh bandage repeatedly.

Some injuries give us trouble even years later. A builder was going through personal and financial problems when he built one of our homes. After we moved in, some of his subs would knock on our door and complain they hadn’t been paid. The builder never paid us back for those we paid out of pocket. Over a span of years, we were reminded of his irresponsibility every time we had to pay others to take care of things he had neglected.

Our builder cost us extra money and ongoing irritation, but what about the husband who left his wife for another woman, or the drunk driver who killed a child. These losses will be felt over and over again.

If a deep wound is knocked, it will throb with pain—even after it appears to be healed—even years later. Pings from the past, or a chance meeting with someone associated with an injury may ding our pain. I’ve found the hurt may feel fresh, but it usually doesn’t last long.

I have many favorite Bible characters, but Joseph ranks among the top. Joseph’s brothers sold him into slavery when he was seventeen. Their wrong cost him thirteen years in slavery and prison. When you read Genesis 45:2-8; 50:15-21 notice the deep emotions Joseph felt years after forgiving and reconciling with his brothers. He dealt with the pain, over and over again.

The next time an old injury throbs, affirm the forgiveness you’ve granted. Clean the wound as often as the toxins seep into your consciousness.

Has something pinged an old injury? Wash your wound—forgive again. Nurture yourself with God’s Word and trusted godly friends. We clean the wound, and God heals us.

“Then they cried to the Lord in their trouble and He saved them from their distress. He sent forth His word and healed them,” (Psalm 107:19-20).

What’s been your experience? Do some wounds need to be forgiven more than once?