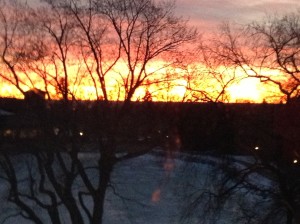 “Will you help me renew my mind?” The airport shuttle driver surprised me. He obviously had overheard me talking with the woman across the aisle. His landlady, who called herself a Christian, had deeply wronged him. After empathizing, I tried to help him see forgiving the woman would free him from his pain. Forgiveness brings freedom to the one who forgives.

One thing I share with him and with you is that I have been disappointed and hurt by people too. If you live on planet earth, it is just a matter of time before someone hurts you. Some injuries are unintentional and slight. We brush them off and move on. But others cost us dearly. Whether they come from planned attacks or someone’s carelessness, these injuries torment us.

There is a lot of mumbo jumbo about forgiveness. So I want to share some things I’ve learned that I hope will help you. One thing I know: forgiveness brings freedom. In this series of posts I will explain forgiveness by spelling F-R-E-E-D-O-M.

We begin with the F. Forgiveness is: For you—and those you love.

When the issue of forgiveness is raised, often the injured person says “Why should I have to forgive? This was too bad. They don’t deserve it.”

That is why we must understand, forgiveness benefits the one who gives it. I forgive for my sake. The other person may or may not be aware of the turmoil you’re in—or care.

Unforgiveness preoccupies and distracts us from tuning in to those we love. We snap at small things because our hearts are tormented. Resentment erects a wall between us and God. He is still there, but He feels distant. It distorts our view of reality. Life is no longer fun.

Extending forgiveness frees us from this turmoil.

We forgive as Christ forgives –

Forgive for your freedom – so you won’t be in turmoil – so you can heal. And forgive for those you love ( Hebrews 12:15). How many spouses, children, and coworkers suffer because the one they are around denies the injuries of her past and takes out her anger on those around her.

We reached the airport and the driver handed me my luggage. “I’m going to do what you said” the driver said. He smiled and added, “I am going to be free.”

What about you? Are you ready to be free? Forgiveness brings freedom for the one who forgives.

Click here to read another facet of forgiveness. I would love to hear how forgiveness has benefited you.