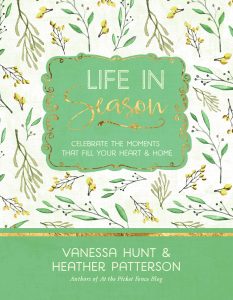 I’m delighted to introduce you to Vanessa Hunt. She and her sister Heather Patterson write a beautiful blog, At the Picket Fence. Today she shares a devotional from their book Life in Season. Grab a cup of your favorite beverage and savor your pause.

We walked slowly down the hall together, his little hand clutching mine. The noise from the room got louder and louder the closer we got and the flurry of activity around the doorway was a good indication of just how important this particular room was. He spotted a few of his friends and quickly we were engulfed in the madness known as the first day of kindergarten.

His daddy and I passed his younger sister back and forth as we followed him around the room. He sat at his little desk and took out his school supplies, obviously pleased by the fact that he had his very own pencil case. His teacher showed him where to put his Tomas the Train lunchbox and before we knew what was happening it was time for the parents to leave. Hurried photos were taken, reminders were given and tears were blinked back before we turned to go. I knew that the significance of this moment was lost on my son. And that’s just as it should be. After all, when you are a 6 year old boy, you are only thinking about how many minutes it will be until you get to eat your snack and run around outside with your buddies.

As we walked towards the parking lot, I caught a glimpse of another classroom. The differences between the two weren’t lost on me. There were a few parents hanging around but they didn’t stay long. Hugs and kisses were kept to a minimum if there were even present at all and any tears on the part of parents would have been met with utter mortification from their child. This was the 5th grade after all.

With my daughter squirming in my arms, I stared at that doorway for a minute and thought about how big those kids looked, how much older. And, on that first day of kindergarten, dropping off my son for his first day of 5th grade seemed eons away. But, we all know, that’s not true now is it? Because, in the blink of an eye, there I was, saying good-bye to my fifth grader on the first day of school and feeling far more emotional about it than I did even on that day 6 years earlier when we had walked through the door to kindergarten. 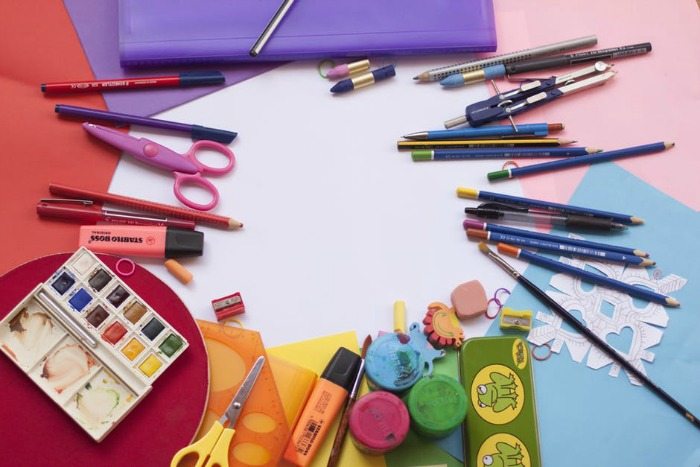 Fall and back to school time brings with it such mixed emotions for me. There’s all of the excitement that a new school year brings and frankly I’m a sucker for the smell of brand new pencils. I love knowing that soon the air will be crisp and I’ll be wearing my favorite boots and sweaters. We’ll be visiting the pumpkin patch and, of course, in the back of our minds we know that Christmas is just right around the corner. But there’s another feeling that rises to the surface of my heart each year around this time. As my kids head off to begin new school year, a little bit taller, and all around me I see dramatic and colorful evidence of change, I’m left with an emotion that can only be described as bittersweet. It’s a feeling I’ve lovingly begun referring to as melan-fall-y.

Time is moving forward and moving quickly, too quickly, if you ask me. With each leaf that falls I think, “Slow down, slow down.” They reach this climatic moment and then fall to the ground in a pile while what remains above are bare branches. And then it’s done. And I know that there will never be another fall quite like this one, or the one last year, or the year before that. I can’t stop it all from happening, just like I can’t come due on my promise to put a book on my children’s heads to keep them growing so quickly.

In the past, I used to feel so conflicted about this melan-fall-y feeling that arose in me every year. How could I love this season so intensely and yet feel such a sense of sadness inside at the same time? And then I began to look at it in a different way. Perhaps this feeling wasn’t something to be pushed down. Maybe I was just supposed to sit in it. Let it come up all around me like when my sister and I would bury ourselves in the big pile of leaves our dad had just raked until only our eyes were visible. Maybe this season isn’t just about sweaters and boots and mulled cider candles and pumpkin spice lattes. 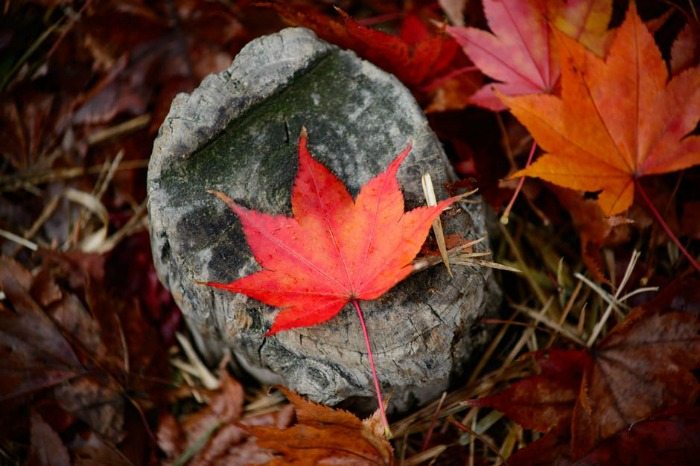 Maybe feeling melan-fall-y is actually a gift. A chance to pause and revel in this season before moving quickly onto the next one. Maybe walking through the woods, leaves crunching underneath, feeling that ache inside is supposed to remind me of how finite I am so that I can remember just how infinite my creator is. 2 Corinthians 4:18 says, “So we fix our eyes not on what is seen, but on what is unseen, since what is seen is temporary, but what is unseen is eternal.” Maybe God built that ache right into me so that I would seek Him out. So that I would remember that this world isn’t my permanent home.

Maybe God built that ache into me so I would remember this world isn’t my permanent home. Click To Tweet 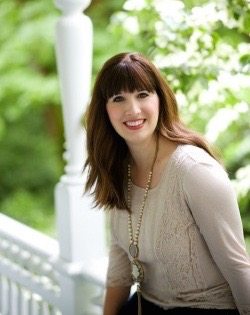 The truth is that while the leaves may fall off of them, the branches that seem so stark and bare hold new growth inside. New life. Fresh starts. And, like the time passing so quickly and my children getting older and my hair getting grayer there is absolutely nothing I can do to stop it. I can’t control it. Frankly, I don’t want to. I want to celebrate each passing season, revel in my children’s growth, rejoice that there is such a thing as hair color kits. So, I choose to embrace my melan-fall-y feelings. I allow room for them in my heart. Not too much room. But just enough to keep me keenly aware of just how fleeting this world is and just how truly grateful I am for every moment I have in it.