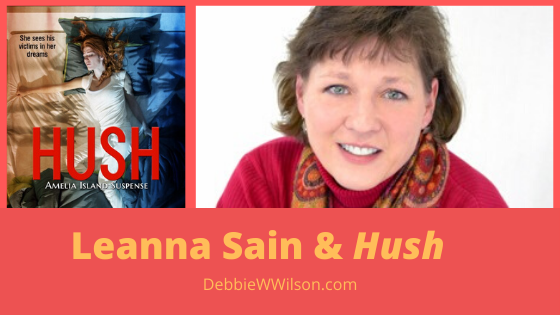 Southern suspense author Leanna Sain just released her new novel Hush. When Leanna told me where she wrote her book, I asked her to tell you about it and to introduce Hush to us. I think this is a lesson in how to channel despair into hope. Now here is Leanna…

Alzheimer’s… I hate the very name. Worse than cancer, I think. At least with cancer there’s the possibility of healing. Not content with just killing its victim, Alzheimer’s was stealing away everything that made my intelligent, creative Mama who she was. Oh, yes, a shell who looked like her lay before me, but that’s where any similarities ended. The person I loved and who loved me had slipped away before her body did, and there was nothing I could do about it. It was like ‘Invasion of the Body Snatchers,’ only more twisted.

I was struggling badly with the pain, anger, and frustration of it all and I needed an outlet. Thank God for the ability to write. The story about a serial killer who uses the verses of the lullaby, “Hush, Little Baby” as a sort of blueprint for his murders had been percolating in my brain for a while, but the actual writing didn’t begin until Mama reached the final stages of this terrible disease.

I decided to give my protagonist’s mother Alzheimer’s so we could travel this road together. Lacey had to struggle with some of the very things I did, and it helped to have the company. I know it was mean, but at that point in my life, it felt necessary—a sort of therapy. I needed this small bit of fictional control when the rest of my world felt like it was spinning out of control. It also allowed me the ability weave some of the things Mama said and did into my story, creating a sort of living legacy.

Besides dedicating the book to her, I decided to honor Mama by donating a portion of book sales to Alzheimer’s research. It’s my hope that the sale of this book will help researchers find a cure for the terrible disease that stole Mama from us.

When Leanna told me where she wrote her book, I asked her to tell you about it and to introduce Hush to us. #NewBook Click To Tweet 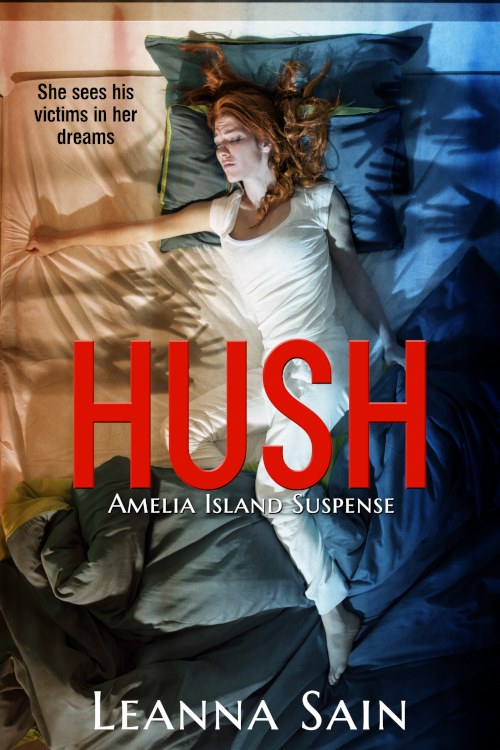 She dreams a murder before it happens. A young woman is strangled while her killer sings the words from the lullaby, “Hush, Little Baby.”

Lacey Campbell’s life is full, but not idyllic. As head chef for a chic restaurant and primary caregiver to a mother with Alzheimer’s, she doesn’t have time for the nightmare and at first she tries to deny it. But the next day, she discovers it’s a disturbing reality. When she dreams the second heinous murder she knows it’s time to tell the police.

Detective Ford Jamison is called back to the little coastal town to help with the case and soon notices an alarming trend: the killer is using the lullaby as a “blueprint” to target women who resemble Lacey. This doesn’t slow the killings and now Lacey is afraid to fall asleep at night because the next face she sees in her dream might be her own.

As a hurricane churns ever closer to the little coastal town, danger and suspicion spin out of control. Time is running out. Can they stop the killer before the last verse of the lullaby? 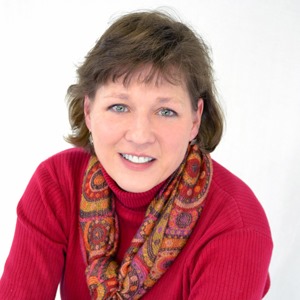 Leanna Sain, earned her BA from the University of South Carolina before moving back to the NC mountains. She calls Miracle Hill Farm home, but she lives mostly in her imagination. Her Southern suspense or “GRIT-lit,” showcases her plot-driven method that successfully rolls elements of best-selling authors Mary Kay Andrews, Nicholas Sparks, and Jan Karon all together, making it her own. She loves leading discussion groups and book clubs. For more information or to contact her visit: www.LeannaSain.com