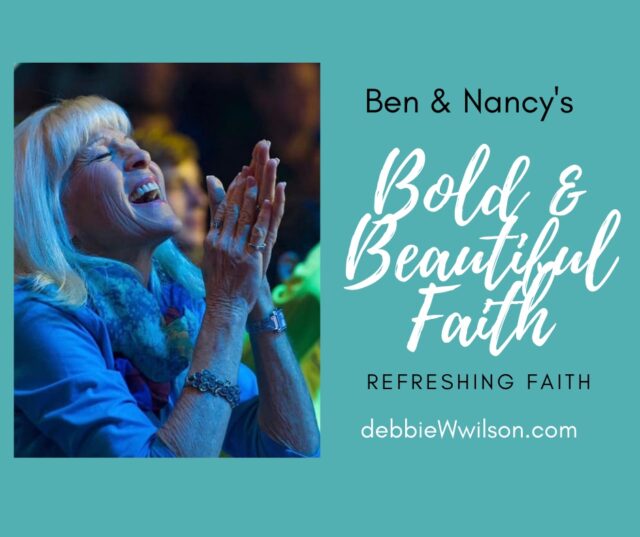 When they saw the courage of Peter and John …they took note that these men had been with Jesus” (Acts 4:13).

Last week two heroes of the faith inspired me. First, Dr. Ben Carson talked about his life and faith at a fundraising event. Next, I attended my friend Nancy Wilson’s memorial service via Zoom. Their gentle and personable personas might fool you. They both have lived bold and fearless lives directed by their faith. 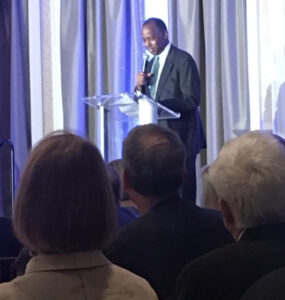 Dr. Carson told stories of the tough life or death decisions he made as a neurosurgeon. One man lay at death’s door in the emergency room because someone had bashed his head with a baseball bat. He faced certain death if untreated. But the surgery that Dr. Carson thought might save him had never been done before. And it wasn’t sanctioned by the medical authorities.

Dr. Carson considered the worst-case and best-case scenarios of doing the surgery versus doing nothing. If he did nothing, the man would die, and no one would blame Dr. Carson. If he removed the damaged part of the brain and it didn’t go well, he could suffer medical discipline, even lose his career. But if it worked, the man would live. He chose surgery. Today, some twenty years later, his former patient serves as a child psychologist.

How did Dr. Carson know what to do? His faith provided a compass. Human life is worth risking your career to save.

How did Dr. Carson know what to do? His #faith provided a compass. Human #life is worth risking your career to save. Click To Tweet

To Save a Soul 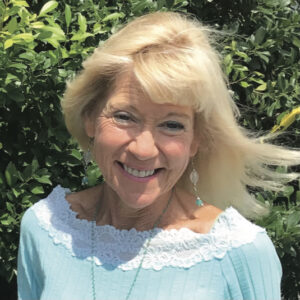 I met Nancy Wilson when we were assigned to the same team with Cru. Nancy had the gift of evangelism and loved people. Her zeal for God propelled her to share the gospel of Jesus in 77 countries.

Nancy and I were listening to one of the Beach Boys tell a crowd about his brand of faith. We hoped to start some conversations with the college students in the crowd. But talking to one person wasn’t enough for Nancy. She raised her hand and asked to speak. Knowing Nancy, I braced myself. When they acknowledged her, she took the mic, turned to the crowd, and began to talk about Jesus!

How did Nancy find the courage to risk being booed for interrupting a renowned Beach Boy? Her faith said a human soul is worth saving, whatever the cost.

How did Nancy find the #courage to risk being booed for interrupting a renowned Beach Boy? Her faith said a human soul is worth saving, whatever the cost. Click To Tweet

Nancy Wilson and Dr. Carson remind me of the apostles in Acts. They fearlessly seized opportunities to boldly live by faith.

The Jewish leaders explicitly told Peter and John not to teach about Jesus. But Jesus had commissioned them to be His witnesses (Matt. 28:19-20). An angel of the Lord told them to teach in the temple courts, the place these leaders ruled (Acts. 5:20). That was like thumbing their noses in the leaders’ faces.

But that wasn’t their motive. They wanted to bring Jesus to those seeking God. If the Jewish leaders accused them of being thoughtless troublemakers, it didn’t matter. Neither did being jailed and beaten stop them. Like Dr. Carson and Nancy, they played to an audience of One.

Right now, we are facing a time of unprecedented oppression in our country which promises to only get worse. As Dr. Carson said, when private entities can silence you and the government does nothing it is the same as if the government is censoring you. Will we be manipulated by fear? Will we go along to get along? What reliable compass is there to guide us through this maze?

Spending time with Jesus transformed Dr. Ben Carson, Nancy Wilson, and the apostles into bold and courageous witnesses who could say with Peter and the other apostles, “We must obey God rather than human beings!” (Acts 5:29 NIV). May the same be said of us.

Spending time with Jesus transformed Ben, Nancy, and the apostles into bold and #courageous witnesses who said, “We must obey God rather than human beings!” (Acts 5:29 NIV). May the same be said of us. Click To Tweet

Nancy Wilson showed up at her memorial service. I can hear her laughing at the surprise. This link will take you to various Youtube videos of her and the service. I know you’ll enjoy hearing her story.