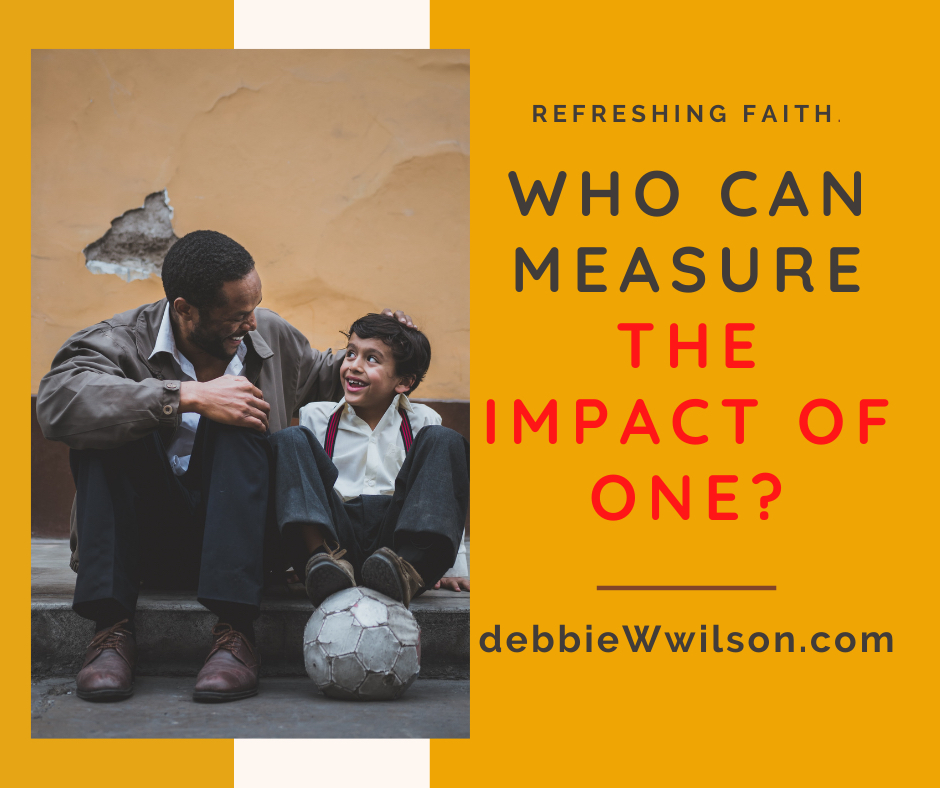 “Tell me about your national and international reach,” the literary agent across from me said. I’d flown to Colorado for my first Christian writer’s conference and signed up to meet with an agent. I’d chosen this man because at one time we’d both worked for the same international ministry. I didn’t need to be a body language expert to realize he had no interest in my book ideas. He only wanted to discuss my numbers.

You don’t have to be an aspiring author to feel the pressure to focus on numbers. We might expect that in business, but meetings for Sunday school teachers often focus on attendance instead of on doing your work as unto the Lord. While Jesus spoke to crowds, He never neglected individuals. To show the Father’s heart, He told the story of a shepherd leaving the ninety-nine to find the one lost sheep.

The book of Acts shows Peter winning 3000 to the Lord in one day (Acts 2:41). It also shows an angel taking Philip away from a successful revival to minister to one bewildered seeker (Acts 8:26).

Philip eagerly explained Jesus to the man. The man believed and asked Philip to baptize him. Philip’s work was done. The Spirit whisked him to his next assignment. The new believer continued on his way rejoicing. I wonder if he even learned Philip’s name. He didn’t need to. He’d learned the name that mattered.

Later Acts introduces Ananias. We’d probably never know of this godly man except one of those he ministered to became famous.

Acts introduces Ananias. We’d probably never know of this godly man except one of those he ministered to became famous. #RefreshingFaith, #PowerOfOne Click To Tweet

Breathing fire and murder, Saul secured official permission to stamp out what he believed to be a destructive cult. Jesus literally knocked Saul off his high horse.

For three days Saul sat in blindness, praying, and fasting. Perhaps he reviewed the faces of those he’d persecuted, including Stephen whose murder he’d heartily approved. Jesus gave him time to recognize the pain he’d caused in his misguided zeal and turn away from his sin.

We know Saul as the great apostle Paul who would play a tremendous role in building God’s kingdom and write much of the New Testament. Surely God would tap a big gun like Peter or John to start this man off.

Nope, God chose Ananias. Ananias wasn’t thrilled with this assignment. After all, Saul had come to Damascus to destroy God’s people—people like Ananias!

What happened next showcases this man’s stunning obedience. When the Lord told Ananias He’d chosen Saul to be His messenger to the Gentiles, Ananias found this terrorist, laid hands on his shoulders, and called him “Brother.” What Grace.

We know little about Ananias except of this assignment to deliver the Lord’s message to one man. But oh, what a man.

Don’t despise small assignments or beginnings (Zech. 4:10). Don’t let others deter you from your assignment. Perhaps you are someone’s Ananias. Maybe the one you’re called to reach will become a Paul. Perhaps, the results of your obedience won’t be seen until heaven. But if you’ve pleased God, isn’t that the only One you need to please?

For God is working in you, giving you the desire and the power to do what pleases him” (Phil. 2:13 NLT).

Perhaps, the results of your obedience won’t be seen until heaven. But if you’ve pleased God, isn’t that the only One you need to please? #Ananias, #ObedientFaith Click To Tweet

Two years after my disappointing introduction into the world of literary agents I met an agent willing to take a chance on a new author. That was the beginning of my “Big God” books. And though I still have a small following in the eyes of publishers, this morning I received a precious email that concluded, “Thank you for being such a faithful writer of biblical truth, Debbie. You may never know how many people’s lives you touch through your words, but I wanted you to know you touched my life tonight.”

Believe me, one life matters. Let’s take a moment and thank the Ananiases in our lives and know that even if we don’t hear back, our faithfulness pleases God.

For you and someone you love. Check out my Big God books. 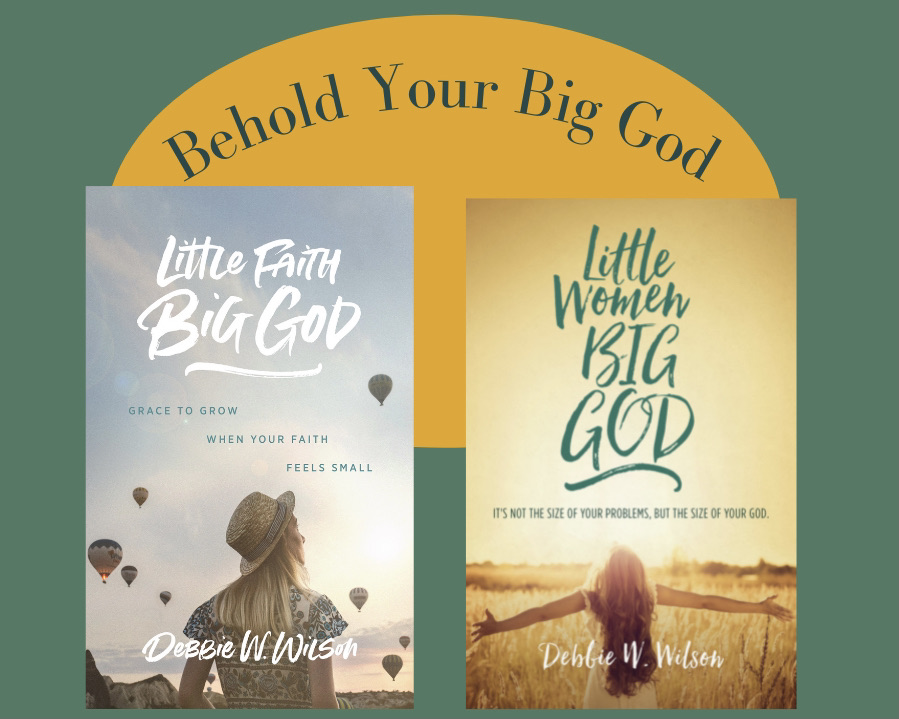