Is doubt a nebulous feeling that springs from lack of confidence? Sometimes. But, often what we call doubt is really spiritual warfare.

What feels like paralyzing indecision may be a taunt from the enemy. Jesus called the devil a liar (John 8:44). This thief comes only to steal, kill, and destroy (John 10:10). He also is a slanderer, accuser of Christians (Revelation 12:10b), and blasphemer of God. The better we know Jesus, the better we’re able to identify Satan’s influence.

The devil tries to steer our thoughts. Wanting to provoke God’s anger, he planted the thought in King David’s mind to take a census of Israel (1 Chronicles 21:1-3). He also gave Ananias and Sapphira the idea to lie about a gift they gave to the church (Acts 5:3-5). Do you think these people would have cooperated if they’d recognized the maleficence behind their ideas?

I’ve received emails from friends asking me to send cash to help them because they lost their passports. Even though the emails came from my friends’ accounts, the messages didn’t sound like them. I recognized the hoax because I knew my friends. The better we know someone the less likely we are to be taken in by fraud.

Here are some ways to recognize our enemy’s darts. END_OF_DOCUMENT_TOKEN_TO_BE_REPLACED

I climbed into bed longing for sweet sleep, but an uneasy feeling settled over me. Earlier that day I’d run into a friend I hadn’t seen for a while. She’d been kind but reserved. Had I offended her?

What’s going on? I wondered. Suddenly I knew. This was a dart from the enemy. As soon as I called it what it was, the accusations ceased. I sank into my pillow and slept. 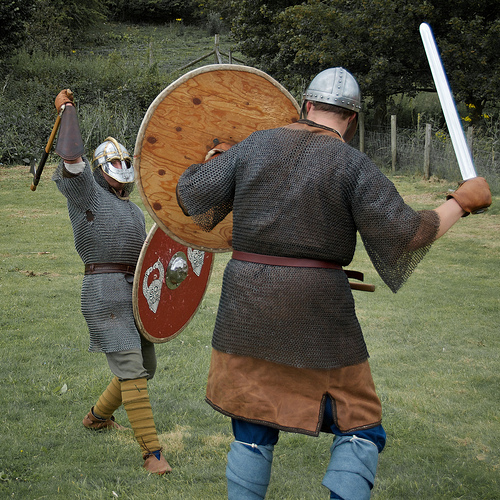 Are you aware of the taunts that play in your mind? Accusations, guilt, dread, doubts about God’s character, or suspicions against other people heckle our minds and rob our peace. END_OF_DOCUMENT_TOKEN_TO_BE_REPLACED