If a family member calls and is in need, you know you must help, right? Well, sometimes our intended help actually hurts the receiver and the relationship. 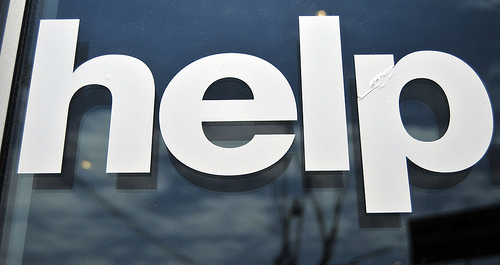 When offering help, consider how your help will affect their character. Character is important to God. Laziness and greed are signs of poor character and not something to encourage. As stewards of God’s resources, we need to be sure our help doesn’t hurt.

Some needs are acute and clear. Remember the story of the Good Samaritan? But some needs are ongoing and self-perpetuated.

At the end of the first year of a devastating famine, Joseph’s brothers came to Egypt to buy grain. He knew their need was genuine. God had given him the interpretation of Pharaoh’s dream— seven-years of crippling famine. That meant six more years to go.

The last time Joseph had seen his brothers was when they sold him into slavery. They believed he was dead. Joseph needed to test his brothers to see if their hearts had changed.

Joseph didn’t immediately roll out the red carpet and offer to see them through the famine. The tests spread out over a whole year. What he learned guided him on how to proceed. The tests showed Joseph that his brothers had developed the following traits:

In light of this, Joseph used his influence, knowledge of Egyptian culture, and relationship with Pharaoh to secure fertile pasture land for his family to succeed in their shepherding occupation (Gen. 46:31). He coached his brothers on what to say to Pharaoh. Joseph also provided food for them “according to the number of their children,” (Gen. 47:12, NIV).

Joseph offered relief by providing assistance. But he understood, that even when dealing with close family, real help fosters industry, not dependence on others.

The Bible says: ‘Don’t you remember the rule we had when we lived with you? ‘If you don’t work, you don’t eat.’ And now we’re getting reports that a bunch of lazy good-for-nothings are taking advantage of you. This must not be tolerated. We command them to get to work immediately—no excuses, no arguments—and earn their own keep. Friends, don’t slack off in doing your duty,” (2 Thes. 3:10-13, The Message).

Joseph’s family received help and kept their dignity and character. They gave back where they could.

We are to help those who are in need, especially those in our family and the household of faith. But we must be sure our helping doesn’t hurt in the long run.

Question: What do you think about how Joseph tested his brothers before inviting them to Egypt? Click here to comment.

Ladies, invite your friends and come to Making a Difference in Your Corner of the World Conference February 28-March 1, 2014.

Register under “Lighthouse” and save.

Put “Lighthouse” under the group name, and the conference will refund $5 to each one who registers with this group code—after fifteen have signed up. We need fifteen to count as a group, so invite your friends to join you and the Lighthouse group. I’ll be doing two workshops and would love to see you!