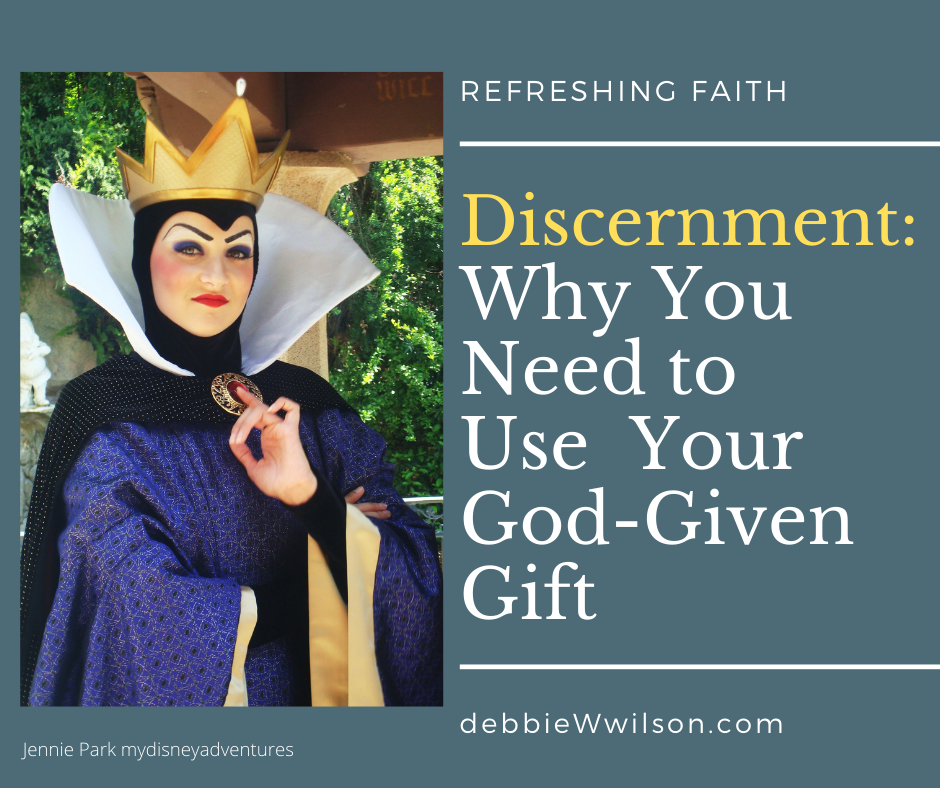 How do you handle wary feelings? How do you respond when your child doesn’t like someone? Sometimes, well-intentioned parents tell their children, “Now, we’re supposed to love everyone,” incorrectly equating love with trust (Jn. 2:24).

Jesus told us to be discerning (Matt. 7:15-20; 6:16). When He warned against casting pearls before swine, He was talking about unsafe people, not livestock.

Don’t waste what is holy on people who are unholy. Don’t throw your pearls to pigs! They will trample the pearls, then turn and attack you” (Matthew 7:6).

God placed an internal radar in us. Proverbs, among other books, provides wisdom on what to beware of. Sometimes we ignore warnings such as displays of tempers (Pro. 22:24) or manipulative charm (Pro. 31:30) because discernment feels judgmental. However, as a fire alarm sounds to protect us, so internal warnings alert us to danger.

Our radar may not tell us what’s wrong. It just tells us to beware. We don’t have to understand why. We just need to heed it. In some cases, our safety depends on a swift response. Other times we can take our time to process our feelings and gather more data.

The Protection of Discernment

A friend traveling overseas stepped into an airport elevator. Three men followed her inside. Her internal alarm sounded. She stepped out of the elevator even though she was rushing to make a connecting flight. She doesn’t know what would have happened if she’d stayed in the elevator, but she heeded her alarm and returned home safely.

When I worked as a counselor, people who’d suffered harm from someone often recalled warning signs they’d ignored because they wanted a job, a relationship, or something else to work. If they’d listened to their discernment, they would have been more careful. They hadn’t wanted the hassle of explaining their change of heart or risk losing something that might turn out good. But the ensuing heartache made them wish they had been less trusting.

Sometimes uneasiness rises because an old wound is tapped. If we discover we’re reacting because someone reminds us of someone else, like finding your smoke detector needs a new battery, that info is still helpful. And that old wound may have heightened your discernment.

Former Navy Seal Al Horner runs a training program to help children and adults prevent assaults. In an interview he shared some chilling statistics, like eighty percent of attacks take place by people we know. He teaches women to listen to their creep factor feelings.

A friend’s daughter recently called from college to say a man approached her asking for money and then attacked her. But not to worry. Her defense training had worked! The daughter’s quick wit and actions saved her from who knows what.

Tuning in to your radar is one of the best ways to protect yourself from harm. It’s not ungodly to pick up negative vibes. Don’t let the fear of feeling mean, guilty, or foolish stop you from using discernment.

It’s not ungodly to pick up negative vibes. Don’t let the fear of feeling mean, guilty, or foolish stop you from using #discernment. #RefreshingFaith Click To Tweet

Could your faith use a boost? Starting soon! Tuesday Evenings: 7-8:30, June 1-July 27th, Debbie Wilson will lead a group in discussing her award winning book Little Faith, Big God on Zoom. Please contact us for more information and to reserve your seat.