“She lives a charmed life,” a friend said regarding her daughter-in-law. “Everything just works out for her.” If a charmed life is easy, then what do you imagine a highly-favored-of-God life to be? Certainly it would be better than a charmed life. 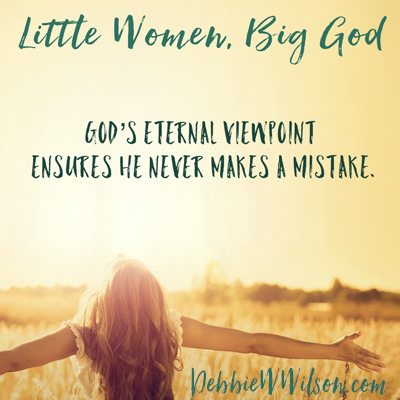 Mary, the mother of Jesus, was highly favored of God. Yet her life was difficult. Looking at her life should encourage us when life seems unfair and hard.

God chose Mary to be the mother of His only Son. Two times in the brief meeting with Gabriel the angel called Mary highly favored of God. “Greetings, you who are highly favored! The Lord is with you” (Luke 1:28).

I’m not sure what Mary imagined, but when she returned from a three-month visit with her cousin and told Joseph she was pregnant, he didn’t believe her story. Since their engagement could only be ended by divorce or death, he looked for a way to quietly divorce her.

Mary was not living a charmed life. Imagine the pain of being rejected by your fiancé and accused of being immoral and unfaithful, and having no way to prove your innocence. It must have hurt to see Joseph feeling betrayed too and not being able to reassure him.

Since God set the bar on sexual purity, why did He let others believe Mary was sexually loose? Why did He put this couple through this tension?

God did step in and stop Joseph from divorcing Mary. But the religious leaders continued to call Jesus illegitimate even in His adult years. God allowed people—religious leaders—to believe Joseph and Mary were sexually immoral, when they had shown extraordinary restraint. Joseph kept her a virgin until after Jesus’ birth.

I wonder how many Jewish customers and friends Joseph lost in his carpentry business because of this scandal. Wouldn’t you think God would clear the reputation of this highly favored couple?

Isaiah 55:8 reminds us God’s ways are not our ways. They are better. God did clear Mary’s reputation for those with whom it mattered. He also used this misunderstanding to benefit Mary, Joseph—and us.

Having God’s favor didn’t bring Mary a life of ease. Instead of having a midwife and a clean bed, Mary delivered God’s Son in a stable. Instead of being escorted by the king’s army, soldiers hunted her boy to murder him. And when Jesus grew up, His scourging and crucifixion pierced her own heart. Definitely not a charmed life!

God’s ways are not our ways; they are infinitely better. Despite her trials, Mary learned that no problem is too big for God. She dwells in heaven today with the Father and the Son. If you asked her, she’d say the favor of God far exceeds a life of ease.

Question: How does Mary and Joseph’s experience help you?