Have you considered how your earthly father has affected how you relate to your heavenly Father?

Fifteen months before the birth of Jesus, God sent the angel Gabriel to Zacharias to announce the birth of John the Baptist. John’s ministry was to prepare the hearts of Israel for the coming Messiah. One line in his mission intrigued me. 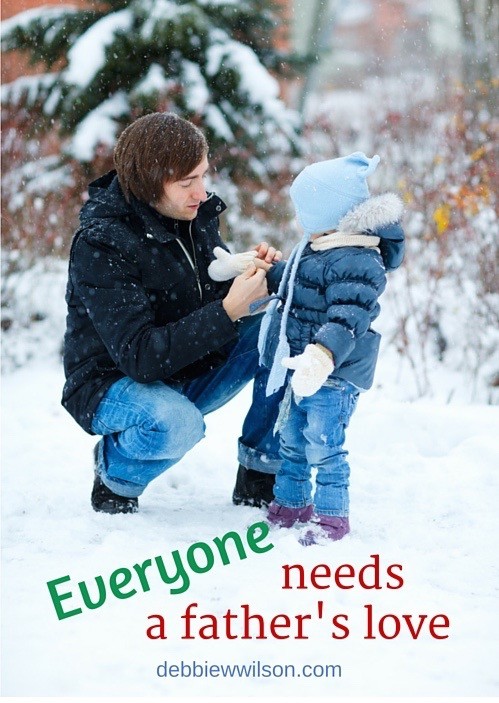 “And he will go before him in the spirit and power of Elijah, to turn the hearts of the fathers to the children…to make ready for the Lord a people prepared” (Luke 1:17 ESV).

I wondered how turning the hearts of the fathers to the children prepared the way for Jesus.

During the course, each of us took an inventory on how we perceived our heavenly Father in regard to a variety of issues. I zipped through the simple list checking the appropriate columns.

Later, we filled out the same inventory with respect to our earthly fathers. I whizzed down the columns until my pattern arrested me. I flipped back in my workbook to the first inventory. I was stunned. The pattern of my answers was identical. I’d projected the image of my earthly dad onto my heavenly Father.

A friend took a seminary class that echoed this finding. A survey found that every self-proclaimed atheist shared this common trait—a damaged relationship with his or her father. Their fathers had been absent, distant, or abusive.

Josh McDowell, Christian author and speaker, is a modern-day example of this. Josh grew up in a dysfunctional family with an alcoholic father. He entered college a hardened agnostic. But in his attempt to disprove the resurrection he discovered Christ and a heavenly Father. His heavenly Father healed his past wounds and transformed his life. Read his bio here. Josh McDowell has impacted millions of lives for Christ through his speaking and writing.

C. S. Lewis’s mother died when he was ten. Lewis was shipped off to school. The physically and emotionally distant relationship he had with his father no doubt played a role in his becoming an atheist. But the story doesn’t end there. Christ pursued Lewis. Experiencing the love of his heavenly Father transformed Lewis into the great Christian author and influencer we so deeply love.

If you struggle with trusting God, feeling close to Him, or believing He loves you, look at the relationship you had with your father. Perhaps there is a good reason for your feelings. But those feelings don’t reflect the truth about God or who you are to Him.

Jesus came to show us the Father. When we grow close to our Father by getting to know Jesus, His love transforms us just as it did Josh McDowell and C. S. Lewis.

“Jesus answered: ‘Don’t you know me, Philip, even after I have been among you such a long time? Anyone who has seen me has seen the Father’” (Jn. 14:9 NIV).

Sometimes I link to the following great sites: