Jewish tradition teaches that charitable giving creates a pathway for blessings to flow back to the giver, says Rabbi Daniel Lapin, author of Thou Shall Prosper. Jesus said, “It is more blessed to give than to receive.” But some efforts to help actually hurt the recipient. Steve Saint calls any effort to help the poor that attracts more people into poverty “dangerous charity.” [1] 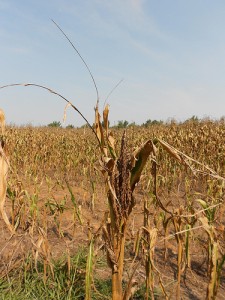 Steve was born and raised in Ecuador by his missionary parents. He founded and leads the ministry I-TEC (Indigenous People’s Technology and Education Center) with the vision of finding better ways of doing missions.

An example he uses of dangerous charity is North Americans who “try to care for the needs of orphans in cultures different from our own. If you build really nice orphanages and provide good food and a great education, lots more children in those places become orphans…When we attempt to eradicate poverty through charity, we often attract more people into ‘needing’ charity. It is possible to create need where it did not exist by projecting our standards, values and perception of need onto others.”

When I first read how Old Testament Joseph handled the starving Egyptians, he seemed cold. The Egyptians suffered, not because of anything they’d done wrong. A famine had caused the problem.  On further thought, I see Joseph’s wisdom. He was avoiding dangerous charity.

Joseph didn’t own the storehouses of grain. He had to give an account to Pharaoh on how he dispersed the food. We’re God’s agents. Recognizing that we also will give account of how we manage His resources should guide our decisions.

Joseph was far-sighted. When the people’s money was gone, he didn’t say, “Sorry, no money, no food.” Neither did he allow pity or guilt to rule over wisdom and say, “Don’t worry, Pharaoh will take care of you.” He creatively accepted other commodities in exchange for food.

A local ministry illustrated this principle. A man brought pizza to the community park in a housing project. The neighborhood children were jubilant. The benefactor taught them how to give thanks for their food and how to take care of their playground.

He asked if they wanted pizza again next week. “Yes!” they cheered.

“To get pizza, you must keep the park picked up this week. If the park is clean, I’ll bring pizza.”

They did. And he did.

What would happen if our government told subsidized families, your child will get a free lunch at school on the days they turn in their homework? Instead of dumping the free food in the trash, would the students appreciate their meals if they worked for them? Would they be proud of their reward instead of feeling like a charity case? Would the family get involved in their child’s education?

Joseph didn’t just hand out free food to people with legitimate needs. He required they give something in return. He protected their character. They responded with gratitude instead of resentment or or a sense of entitlement, (Gen. 47:25).

Ladies, invite your friends and come to Making a Difference in Your Corner of the World Conference February 28-March 1, 2014.

Register under “Lighthouse” and save.

Put “Lighthouse” under the group name, and the conference will refund $5 to each one who registers with this group code—after fifteen have signed up. We need fifteen to count as a group, so invite your friends to join you and the Lighthouse group. I’ll be doing two workshops and would love to see you!