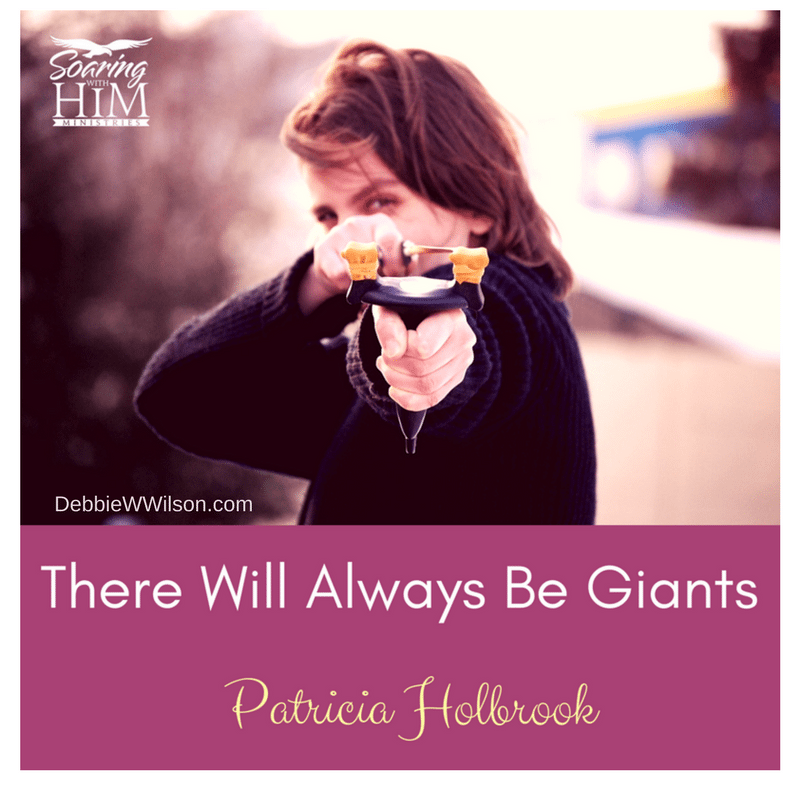 I asked Patricia Holbrook to share some thoughts on how God has ministered to her. I know you will be encouraged! Here’s Patricia.

“Now when the Philistines were at war again with Israel, David went down and his servants with him; and as they fought against the Philistines, David became weary. Then Ishbi-benob, who was among the descendants of the giant, the weight of whose spear was three hundred shekels of bronze in weight, was girded with a new sword, and he intended to kill David. But Abishai the son of Zeruiah helped him, and struck the Philistine and killed him. Then the men of David swore to him, saying, ‘You shall not go out again with us to battle, so that you do not extinguish the lamp of Israel’” (2 Samuel 21:15-17 – NASB – emphasis added).

For more on this passage, read 2 Samuel 21

According to scholars, the date of the events in these last chapters of 2 Samuel are uncertain. But we know that they happened towards the end of King David’s reign, after Absalom and Sheba’s rebellion.

The surroundings were familiar. The sounds were the same: Battle sounds.

Indeed, the scene depicted on the twenty-first chapter of 2 Samuel must have felt like déjà vu for old King David. Although the Philistines had been subdued so that their army was modest in size, they still had giants to bring to battle.

And as long as there were giants to fight the anointed King of Israel, the enemy would never give up. END_OF_DOCUMENT_TOKEN_TO_BE_REPLACED