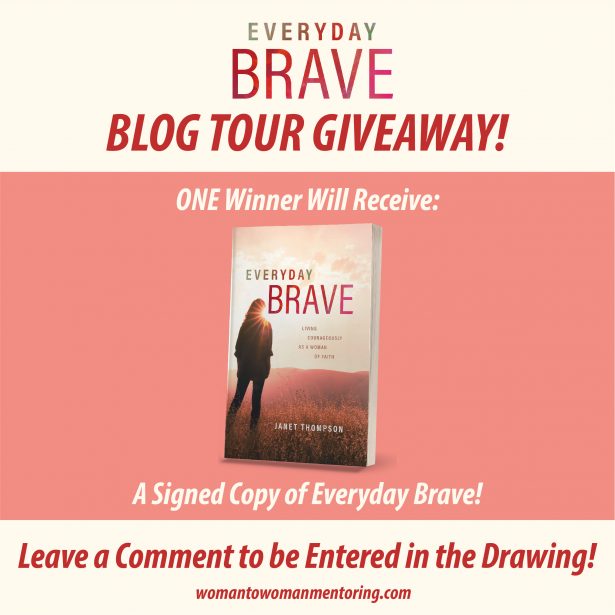 Do you ever feel small and in need of courage? Award winning author Janet Thompson shares her new book Everyday Brave with us today. You could win a free signed copy by commenting below. Offer for those with a USA shipping address. Now here’s Janet…

God Will Give Us Courage to Be Brave Believers

You’re with a group of people you’ve just met, and you sense by their conversation and actions that they’re antagonistic toward believers. What do you do now? Try to fit in, or act the same as you would if you were with a group of fellow believers? We’ve all been there sending up a silent prayer asking God, “Help!”

In today’s culture, it often takes courage to stand up for our faith, but this is nothing new. The message the Apostle Paul gave to the church at Corinth is still a source of encouragement for Christians to be brave today:

And Paul should know. He was routinely arrested, sent to prison, flogged, and ridiculed for his faith, but he never backed down from sharing the truth of the gospel.

Women of Faith from the Bible Give Us Courage

A group of what the Bible calls “prominent women” or “leading women” who were God-fearing Greeks in Thessalonica and Berea heard Paul’s message about Jesus, became believers, and joined his ministry. In both cities, the Jews listening to Paul became jealous that he was drawing a crowd, and they formed a mob to go after him and his ministry companion Silas. Knowing violent agitators and bullies were following Paul everywhere he went, what must these courageous women have feared might happen to them?

We’re not sure if prominent refers to their status as the wife of well-known important men, or if they were leaders of influence themselves, or simply wealthy women—or all of the above. Publicly believing the gospel and joining Paul’s evangelistic ministry could easily jeopardize their marriages, their standing in society, and their businesses. No matter what the personal cost to worldly fame, fortune, and security, they were all in for Christ.

They were brave believers and played an important role in helping Paul start the early church and share the gospel. Imagine the trials and struggles faced by these women as they watched Paul endure persecution while they served beside him amid hostility and danger. Theyknew that the authorities in the government and temple didn’t readily receive the message of Jesus.

Conspicuous believers were risking their lives. After all, they crucified their Messiah. What would happen to them? It seems they didn’t care. As believers, they were willing to take that risk. We can learn from these strong women of faith how to carry on their courageous legacy in a culture today that often isn’t receptive to the gospel of Christ.

It takes great courage to stand by your moral convictions and not let today’s cultural war frighten or silence you—especially when shunned, criticized, and ridiculed. It might seem easier just to go with the flow, but when we abdicate to the culture, we deny Christ, the foundation of our faith. Never do we see Jesus or the Apostle Paul shying away from sharing the truth just because someone didn’t like the message.

As Christians, proud of our faith and proud of our Savior, we aren’t in-your-face pushy, but we don’t back down from our convictions, even if it’s embarrassing or uncomfortable, even if we lose friends, relationships, and yes, even jobs.

Sometimes we’re tempted to compromise on our beliefs and not make waves because we want to keep everybody happy. Impossible. Jesus made waves.

We worry how we’ll look to our peers. Jesus worried about the eternal life, more than the earthly life, of both his peers and his enemies.

What if they reject or snub us? They rejected Jesus.

Sometimes we’re tempted to compromise on our beliefs and not make waves because we want to keep everybody happy. #Everydaybrave, #Courage Click To Tweet

People know us by our actions. So it’s good to take our spiritual heartbeat by asking ourselves some questions.

Yes, it’s uncomfortable, but as long as we stay tethered to God and biblical truths, He will provide the strength we need to stand against anything that opposes our faith. Be strong,  courageous, and brave.

But in your hearts revere Christ as Lord. Always be prepared to give an answer to everyone who asks you to give the reason for the hope that you have. But do this with gentleness and respect,16 keeping a clear conscience, so that those who speak maliciously against your good behavior in Christ may be ashamed of their slander” (1 Peter 3:15-16 NIV) 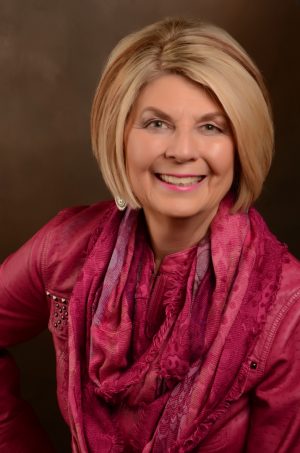 Janet Thompson is an international speaker, freelance editor, and award-winning author of 20 books. Her passion is to mentor women in sharing their life experiences and God’s faithfulness. Her new release Everyday Brave: Living Courageously As a Woman of Faith is available at Amazon, Christianbook.com, Barnes and Noble, and signed at author’s website.

She is also the author ofMentoring for All Seasons: Sharing Life Experiences and God’s Faithfulness; Forsaken God? Remembering the Goodness of God Our Culture Has Forgotten;The Team That Jesus Built; Dear God, Why Can’t I Have a Baby?; Dear God They Say It’s Cancer;Dear God, He’s Home!;Praying for Your Prodigal Daughter; Face-to-Face Bible study Series; and Woman to Woman Mentoring: How to Start, Grow, & Maintain a Mentoring Ministry Resources.

Janet is the founder of Woman to Woman Mentoringand About His Work Ministries.

Visit Janet and sign up for her weekly blog and free online newsletter at womantowomanmentoring.com. 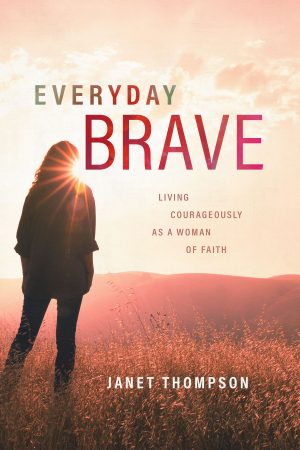 In Everyday Brave, Janet explores the extraordinary bravery of fifty ordinary women in the Bible. Twenty-eight women of today also give testimonies of realizing their strength and courage through God’s love. As Janet shares the stories of these women, she reminds us that the real heart and substance of bravery comes from unconditionally placing our hope in the only One who can give us the courage to stay the course.

Enter the drawing for a signed copy by commenting below.

(Book will be sent to USA shipping address.)