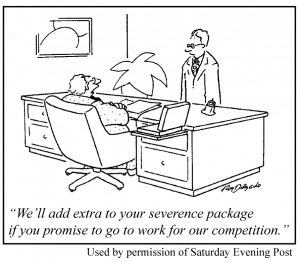 Here’s my embarrassing confession. The number of Facebook likes to my posts affects me. This silly barometer on the value of my work made me consider the weight we give numbers. We use numbers to measure health, wealth, intelligence, security, satisfaction, and significance. We learn our cholesterol count and feel healthy—or not. We step on the scales and feel happy—or not. We look at our investments and feel secure—or not. We count our ratings and feel successful—or not. Like superstitious patrons at a Chinese restaurant believing the fortune cookies, we base our well-being on a number. But numbers don’t determine security.

Numbers told Israel’s soldiers to cower from mighty Goliath. He towered over any Hebrew soldier in height, weight, and strength. Yet David, a young shepherd, used a different math in facing this giant. He believed being on God’s side counted more than personal strength and military prowess. With only a slingshot and five stones, David told Goliath “You come to me with a sword, a spear, and a javelin, but I come to you in the name of the Lord of hosts, the God of the armies of Israel, whom you have taunted” (1 Sam. 17:45, NASB). You know the rest of the story.

Sadly, years later David, now a mighty king, asked his general to number Israel (2 Sam. 24; 1 Chron. 21). It seems reasonable for a ruler to be aware of the strength of his army, but what he did displeased God because David had slipped into putting his faith in numbers rather than in God.

When I worked with a youth ministry I saw this tendency to measure success by numbers. A popular speaker used his gift of persuasion (manipulation?) to gain a large number of responses from students. Yet a few weeks after he left, those students were no longer interested in Christ. Conversely, I worked with a man who quietly invested in the lives around him. He didn’t draw crowds or garner applause, but the fruit from his ministry still lasts. My sister and I are among them.

I’m not suggesting we throw away numbers. Correct your numbers the best you can, but don’t base your well-being on them. To be in step with God counts more than great numbers.

What numbers are making you feel secure and significant? Which ones are causing you to fret? A number in a bank account, on a scale, or in a following won’t bring security, significance, or lasting satisfaction. They may, however, take our eyes off the Source of our real strength and joy. I needed a reminder.