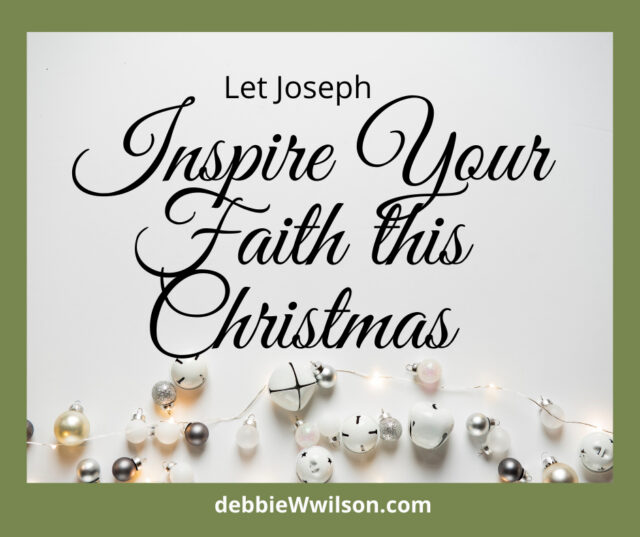 My romantic view of a stable vanished when I visited a camel and watched him project bodily filth in the direction of onlookers. My childhood notion that the first Christmas was all joy for the main characters evaporated too. Mary and Joseph experienced a bevy of challenges including fear, betrayal, and misunderstanding. In other words, the first Christmas included real people with real problems—people like us. That makes Joseph’s faith all the more inspiring.

This is how Jesus the Messiah was born. His mother, Mary, was engaged to be married to Joseph. But before the marriage took place, while she was still a virgin, she became pregnant through the power of the Holy Spirit. Joseph, to whom she was engaged, was a righteous man and did not want to disgrace her publicly, so he decided to break the engagement quietly” (Matt. 1:18-19 NLT).

Mary, Joseph’s fiancé, returned from an out-of-town visit three months pregnant. Her story about an angel’s visit and being a pregnant virgin must have sent him reeling. How could he have been so wrong about Mary? Why would she cover her betrayal with such a ridiculous story?

The stigma of illegitimacy followed Jesus throughout his life (John 8:41). In our morally lax society, we can’t fully appreciate the shame this carried. Books written less than a century ago show a compromising letter could ostracize a woman and prevent a respectable marriage.

In The Indescribable Gift, Richard Exley explains that in a Jewish marriage a betrothal was as binding as marriage. First came the engagement, a contract arranged by family members. Next came the betrothal, “a public ratification of the engagement. …during this period the couple is considered husband and wife, though the marriage has not been consummated. The only way a betrothal could be terminated was by death or divorce…” [1] This was before the marriage proper and the wedding party.

Under Moses’ law, anyone guilty of adultery would be stoned (Lev. 20:10). Joseph doubted Mary’s explanation, yet he showed kindness in the midst of whirling emotions. He chose a quiet divorce to protect Mary from public shame.

Kindness allows the wrongdoer to return to God and His people. In Joseph’s case, when Mary’s reputation was cleared, he had to deal only with having doubted her story. He had no regrets about how he’d handled the matter.

But after he had considered this, an angel of the Lord appeared to him in a dream and said, ‘Joseph son of David, do not be afraid to take Mary home as your wife, because what is conceived in her is from the Holy Spirit’” (Matt. 1:20 NIV).

Why was Joseph afraid? He feared Mary had been with another man and was not the noble person he’d believed she was. The angel quieted his fear. Mary had told the truth. She was carrying the Son of God.

Other fears probably taunted Joseph. To take Mary, who was three months pregnant, as his wife made him look immoral. How would this affect his standing in the Jewish community or his carpentry business? Would their synagogue, families, and friends shun them?

Once Joseph knew this was God’s plan for him, his concerns melted. He put aside his fears and followed God. When we know and trust God, we too find the courage to face our fears and follow Him.

God warned and directed Joseph step by step. The Bible says God shares insights with those who walk with Him (John 16:13), and He directs our path (Pro. 16:9).

She will give birth to a son, and you are to give him the name Jesus, because he will save his people from their sins” (Matt. 1:21 NIV italics added).

“When they had gone, an angel of the Lord appeared to Joseph in a dream. ‘Get up,’ he said, ‘take the child and his mother and escape to Egypt. Stay there until I tell you, for Herod is going to search for the child to kill him’” (Matt. 2:13 NIV).

God’s ways are not my ways—they are better (Is. 55:9). And so is His timing. God sent the directions Joseph needed when he needed them—not before. He’ll do the same for you and me.

God sent the directions Joseph needed when he needed them—not before. He’ll do the same for you and me. #TrustHim #Faith Click To Tweet

Joseph demonstrated the obedience of faith. When an angel spoke to him in a dream he immediately obeyed.

When Joseph woke up, he did what the angel of the Lord had commanded him and took Mary home as his wife” (Matt. 1:24).

He fled, perhaps on foot, and left behind what they couldn’t carry. He lost customers and started over (Luke 2:13). Joseph’s obedience showed he trusted God’s wisdom and provision for the unknown.

Joseph Lived Within His Means the First Christmas

At Christmas, we—especially parents and grandparents—feel the pressure to spend more than we should. The Christmas story shows the humility of Joseph.

But if she cannot afford a lamb, she is to bring two doves or two young pigeons, one for a burnt offering and the other for a sin offering” (Leviticus 12:8 NIV).

“They also offered a sacrifice as required by the Lord’s Teachings: ‘a pair of mourning doves or two young pigeons’” (Luke 2:24 GW).

At Jesus’s circumcision Mary and Joseph couldn’t afford to offer a lamb. Charles Ryrie says the lesser offering of a pair of doves or pigeons shows the family’s poverty.[2]

Are you tempted to feel sorry for yourself, react to insensitive friends and relatives, or overindulge at Christmas? Remember Joseph and follow his example of faith. 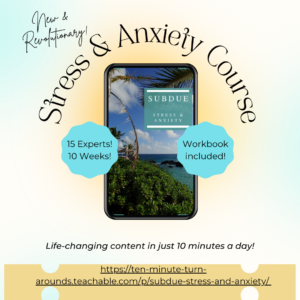 Are you feeling stressed by the holidays or by life? Tina Yeager put together a course that tackles stress from a variety of angles. Each presenter shares from our area of expertise on how to handle stress. Click here to learn more.

A version of this first appeared at: https://www.biblestudytools.com/bible-study/topical-studies/things-we-learn-from-josephs-faith-at-christmas.html

Photo by Joanna Kosinska on Unsplash