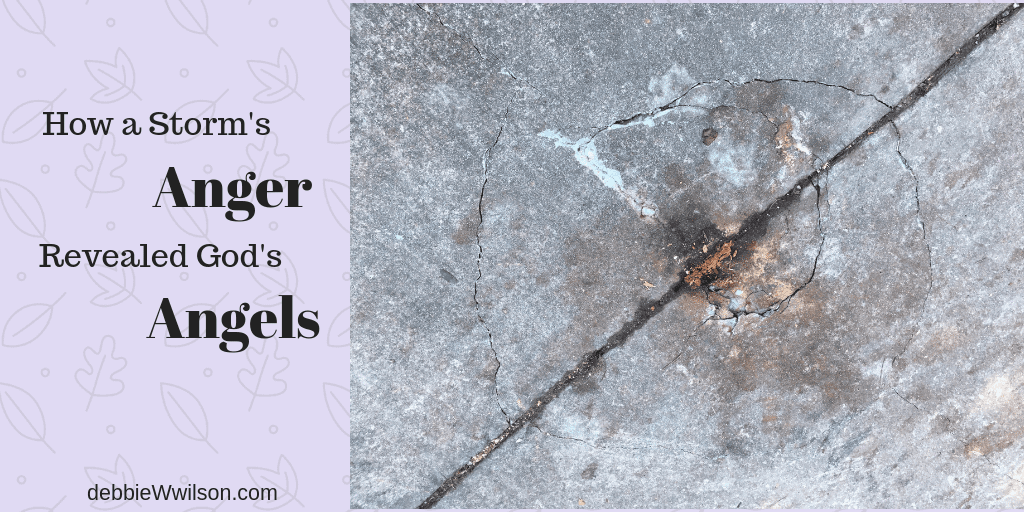 I strode to the front porch to check on the larger trees near our house. A giant gumball tree leaned precariously. “Ginny,” I yelled to my daughter.

The tree tilted toward her parked car. She needed to move it fast!

We have a circle drive, in our wooded front yard, where our kids park their cars. Because of the warnings around Hurricane Florence we moved their cars to protect them from flying debris during that storm. But Hurricane Michael wasn’t supposed to bring much wind.

I should have taken notice when the governor declared a state of emergency. The storm’s anger stunned me. So did God’s angels.

Ginny joined me on the porch just in time to hear a loud crack and watch the tree’s slow-motion fall. Ginny screamed, “My car!”

To fully appreciate this, let me fill in the events leading up to this moment. The previous evening Ginny opened a letter saying her insurance agency had suspended her comprehensive and collateral car coverage. She thought it was a mistake because her records showed they’d continued to bill her.

She called Thursday and discovered they had indeed canceled her insurance. They said they’d sent two emails (that must have gone to spam) asking for a signature our state required. We worked together to email the signature that afternoon. They received it but said it could take seven business days to reinstate her coverage.

We helplessly watched the tree fall the evening of the day we learned Ginny’s car was not covered by insurance.

After the tree settled I shouted over Ginny’s voice, “The trunk missed! Those are small branches you see. It missed your car!” 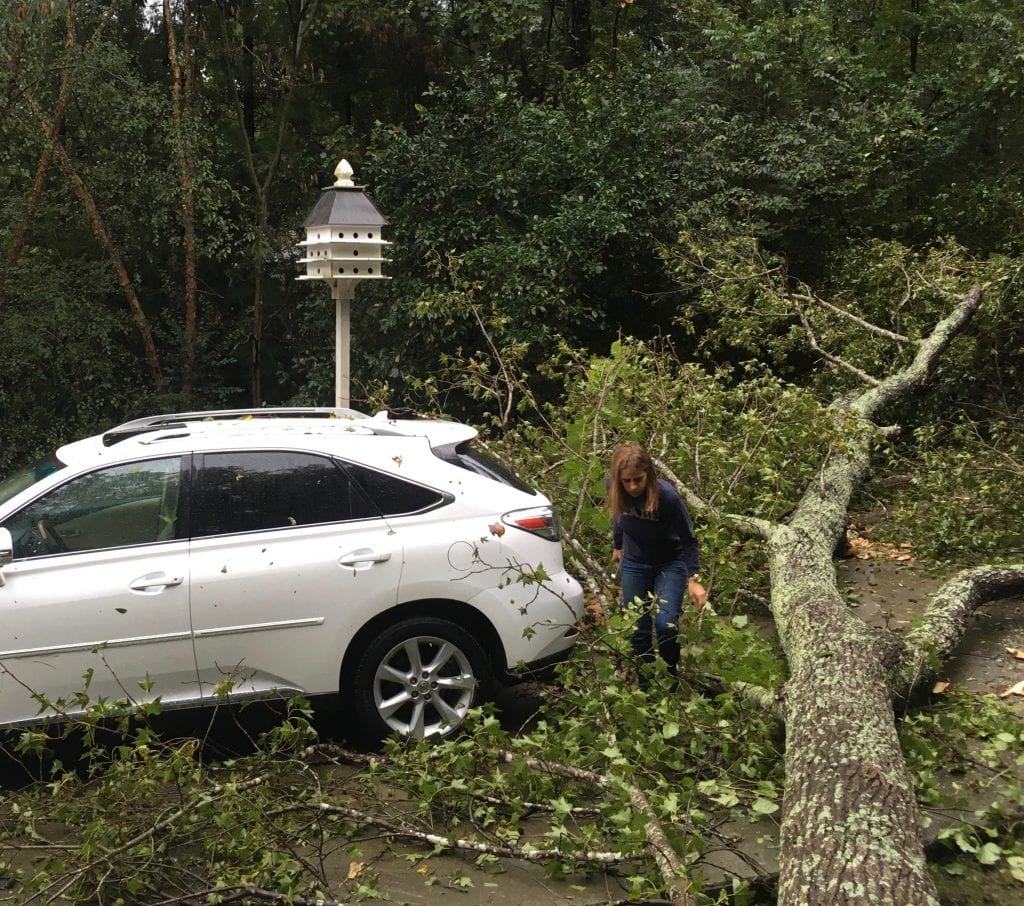 It took a few moments to process the miracle. While regretting not noticing the wind a few minutes sooner I realized that too was God’s protection. Ginny wouldn’t have pulled her car forward a couple of feet. She would have tried to exit the driveway and moved into the path of the falling tree. Instead of a near miss, Ginny and her car would have taken a direct hit and been squashed.

These pictures tell the story. Not only did the trunk just miss her car, look at how the large branch heads in the opposite direction from it. Notice the broken pavement that received the initial impact. Can you say angels?

Ginny and I feel we witnessed a miracle. How many times a day does God protect us and we do not recognize it?

Many Kinds of Storms, One Refuge

Our experience reminded me we never know when a storm will assault our health, finances, or relationships. We don’t need to fear storms. We need to live in the protective shelter of the Most High. The Lord covered us when insurance failed.

Those who live in the shelter of the Most High will find rest in the shadow of the Almighty.
This I declare about the Lord: He alone is my refuge, my place of safety; he is my God, and I trust him” (Ps.91: 1-2 NLT).

For he will command his angels concerning you to guard you in all your ways (Ps. 91:11 NIV). #angels, #GloryToGod Click To Tweet

Question: When Have you witnessed God’s divine protection?

Click here to for free resources to refresh your faith.