I’ve got the greatest group of ladies in our summer study. We recently discussed some keys to choosing a great mate. Though my study Little Women—Big God is written for women, these can apply for men too. 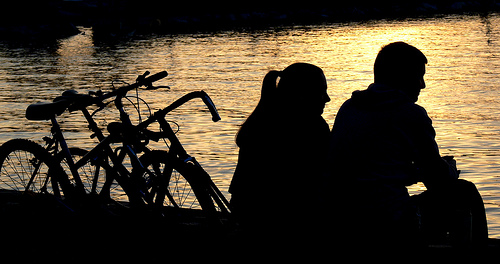 “Should I date the men I’m attracted to or the ones with solid character?” My young client didn’t think she could have both.

I think you can have both. But character trumps chemistry every time. Attraction can develop, but character is hard to change. Proverbs 31 warns, “Charm is deceitful.”

The person we marry will affect us—and our whole family—for the rest of our lives. It’s wise to consider where the character of the person we date will take us in the years to come.

Who is the person beneath the charm?

Judith grabbed a tissue. “Luke partied in college, but I thought he’d settle down after we married. I told him I’d never marry someone who didn’t go to church with me.”

Some women’s spouses attended church while they dated. Others even led campus ministries. These women wonder how someone religious could be so unkind in private.

2 Corinthians 6:14’s warning: “Do not be yoked together with unbelievers…For…what fellowship can light have with darkness?” deals with a person’s essence. There is a difference between being religious and having a relationship with Christ.

The Pharisees, who were the pastors and Bible teachers of Jesus’ day, were hyper-religious. They also reeked with self-righteousness and lacked the mark of true faith—love for God and people.

Does this person show evidence of a dynamic relationship with Christ?

Pity has caused some to ignore warning signs. When he knows he’s loved, he’ll change, they reason.

If we have to look for the good in a potential spouse or make excuses for him, he is a poor candidate for a spouse. We must deal with what is. Choose someone you respect instead of someone you pity and hope to shape.

Am I with this person because I think he’ll change?

A grandmother, whose family was suffering with her granddaughter through marital separation and probable divorce, called me. The string of offenses that her granddaughter’s husband had committed had rocked the whole family.

“My husband and I could never picture our granddaughter with this man,” she admitted. “Now we know the rest of the family felt the same way. What if we’d said something?”

My brother-in-law did express his concerns over his daughter’s growing relationship with a young man. Separately, he told his daughter and the man that although he cared about the man, he did not see him as a good fit for his daughter. He offered to meet with him in a mentoring relationship.

Both were disappointed, but now his daughter is happily married to a godly man better suited for her. This wise father had built a solid relationship with his daughter. He knew she ultimately wanted God’s best. Proverbs 12:15 says, “The wise listen to advice.”

Do I welcome wise counsel?

In Love with Marriage or with Him

Some people fall in love with the idea of marriage. The fear of being alone or the refrain, “No one is perfect,” blinds them to potential problems.

Am I trying to make Mr. Wrong right for me?